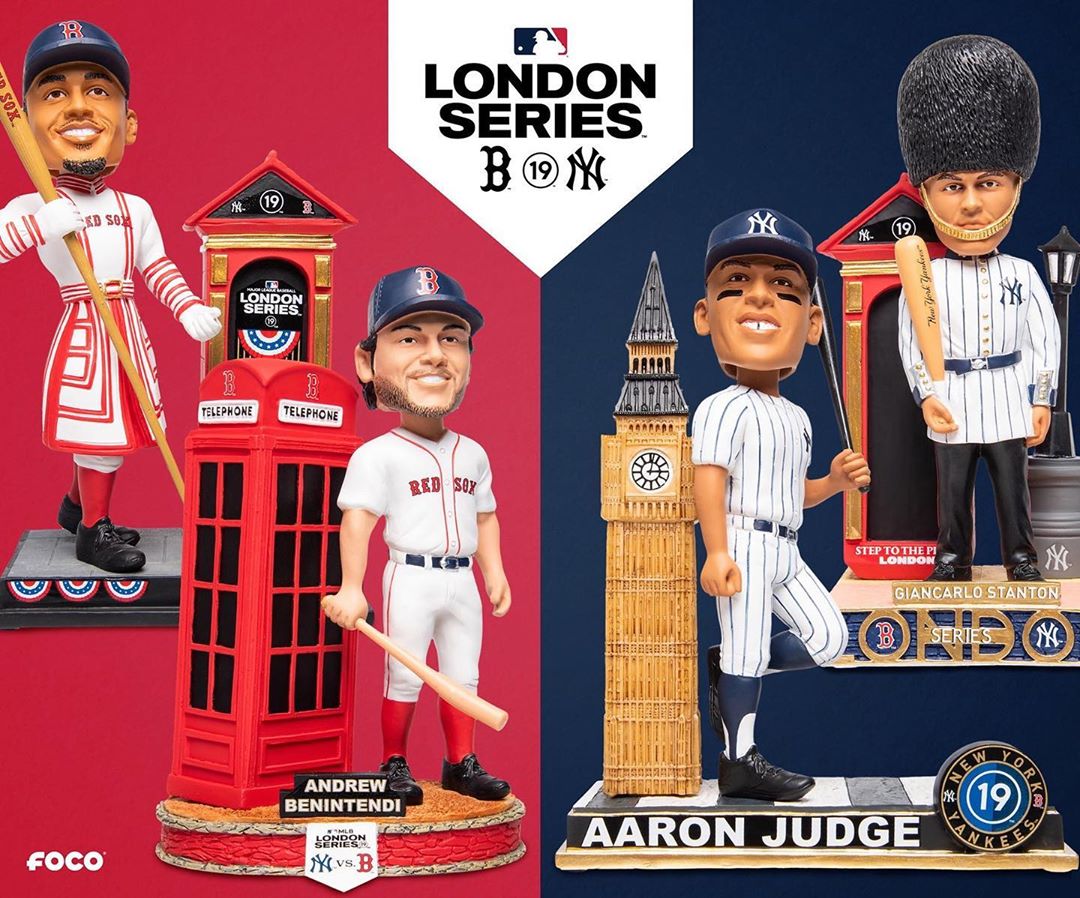 American sports have often struggled to capture the imaginations of British sports fans, in much the same way that British sports are completely lost on Americans. In America, the NFL is the roughest, toughest sport you can imagine. In England, they’ll just accuse the players of being ‘soft’ for playing rugby without pads. Basketball is slowly growing in popularity in the UK, but for many British sports fans, it’s just men playing a popular women’s sport called netball. From the American point of view, soccer and cricket just don’t make sense to a lot of viewers. Cricket, especially, is baffling. How can a game that can take five days to play still end up as a draw? Why do so many people spend so much money watching soccer games which can also end up as a scoreless draw at full time? Sometimes, it feels like there’s no way of bridging the gap. That isn’t going to stop baseball from giving it a try.

Baseball At The London Stadium
This coming weekend, there will be a baseball game at the London Stadium, and it won’t be a small one. The Boston Red Sox will take on the New York Yankees at the London Stadium in the specially-arranged London Series, and organizers are expecting a packed house. Both the NFL and the NBA have managed to draw big crowds when playing in England’s capital city, and now MLB is hoping to prove that lightning can strike three times.

The arrangement is potentially beneficial to both parties. The London Stadium belongs to the English Premier League soccer team West Ham United, but the soccer season is over until August, and West Ham still has huge costs to pay for their stadium, which was acquired at great expense by the team after it was built to stage the London 2012 Olympics. For the MLB, it’s all about drawing new eyes to the product. Although baseball remains one of the most popular sports stateside, in recent years it’s been struggling to draw fresh eyes from the younger demographic. By expanding its appeal overseas instead of continuing to try to draw from an increasingly dry well at home, it hopes to ensure that revenue streams continue to be healthy in years to come.

The move was something of a risky one by the MLB. There have always been reasonable viewing figures for the NFL and the NBA in Great Britain, even if the sports don’t enjoy the same level of press attention as they do in the US. Despite the fact that – say this quietly – England actually invented the sport of baseball as we know it – it’s never caught on as a televised sport. The games are easily as long as one-day cricket, which is the most popular version of the sport enjoyed on that side of the pond, and baseball is generally viewed as a version of ’rounders’ – which is usually only played by children. Despite that, all tickets for the London Series have sold out. No matter what happens on the field, this has to be considered a success – and therefore an event which is likely to be repeated in 2020.

Why The Red Sox And The Yankees?
This question wouldn’t need answering if it were being asked to Americans, but to uninitiated Brits, the teams on display are an important part of the appeal. Even if comparatively few people in Britain watch baseball, almost everybody has heard of the Boston Red Sox and the New York Yankees. Like the Chicago Bulls, the Dallas Cowboys, Manchester United and Real Madrid, they’re teams that have transcended the barrier of the sports they play, and become huge global brands.

There’s also the attraction of the history and the rivalry between the teams. These are teams who have shared mutual respect and mutual loathing in equal measure for a century. It was the 1918 decision to trade the legendary Babe Ruth from Boston to New York which led to the ‘Curse of the Bambino,’ which seemed to jinx Boston for decades. Without Ruth, the Red Sox were perennial ‘nearly men,’ always missing out at the final hurdle. With him, New York swept the board repeatedly. Giving Ruth away was poor gambling strategy from Boston’s end – they’d failed to assess the value of their hand correctly. New York, meanwhile, had just picked up the keys to the casino and were making their way around the hall, playing mobile slots, pulling out the jackpot from every slot game they walked past. New York and Ruth had the magic touch. All the Red Sox could do was sit back and watch while the Yankees cashed in their chips for the majority of the 20th century, wondering when it would be their turn to roll again.

So Who’s Going To Win?
Only a fool would predict that. This is a Red Sox site, so you can already guess our feelings on the matter, but the statistics both do and don’t back the idea of a Red Sox win. Look at the current standings, and the Red Sox are comfortably below the Yankees. Look at recent form, however, and there’s been nobody better than the Red Sox over the past ten games than anyone in MLB. This clash has come along at the perfect moment for both teams – the Yankees need to continue recovery from a slump earlier in the season, and the Red Sox need to prove that they have permanent class as opposed to temporary form. Anything could happen, and anybody who says they can confidently predict the final outcome is a liar, but then if we always knew the likely outcome of a sports encounter before it started, what would be the point in watching?

Whatever happens, there’s one guaranteed winner, and that’s the MLB. By heading out of America and into a friendly country, they’ve generated both interest and money for the sport. That will likely prove to be far more important than the end result of the London Series in a few years time.