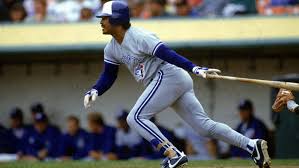 For every year’s December Winter Meeting of general managers, a Rule 5 Draft is released where teams with an incomplete 40-man roster can select young players from other team’s affiliate teams. This has helped in reducing the stockpiling of the young players in the minors and has given the players a chance to play on the majors. Major League Baseball (MLB) is a closely followed sport in the USA and the fans can closely follow the events as they unfold and use this referral code to wager on some of the best games available. So over the years, who have been the greatest Rule 5 Draft picks to date? Dive with us as we look on 5 of the greatest;

George Bell
The year 1992 would see outfielder George Bell complete his move to the Chicago White Sox after being traded by the Cubs in exchange for Sammy Sosa. Toronto Blue Jays had picked Bell in their Rule 5 Draft before the South Siders. Bell was with the Phillies till 1980 when the Jays took him and kept him for 60 games in the big league club. In 1984, Bell burst into the limelight with the Jays after the 26 homers he hit in the 159 he played. He proceeded to slug 202 homers with the Jays over the nine seasons he was with them. He joined the Cubs in 1991 and went on to hit 25 homers with 112 runs batted in (RBI) till 1993 when he finished his career.

Hector Rondon
Hector is one of the best pitchers over the past few years and yes, he was also a Rule 5 Draft pick! He was a regular at Cleveland Indians before injuries stalled his progress. Enter the Cubs in the 2012 draft, Rondon had a new home and 2013 didn’t go as expected till 2014 when he became the team’s closer. Since 2014, Hector averaged good Earned Run Average (ERA) with the Cubs and won a World Series ring before an injury struck again and 2018 also turned out to be a good year for him with the Houston Astros.

Dan Uggla
It must still haunt the D-Backs after opting to keep Koyie Hill and lose Dan Uggla. During the 2005 Rule 5 Draft, Dan was a second baseman who had no game above Double-A on his belt. He had good numbers in the 569 plate appearances in the same year and the Marlins picked him and immediately drafted him into the starting lineup the following year. The year saw him appear in the All-Star team and come third in the Rookie of the Year voting. He recorded the following stats; OPS – .282/.339/480, Homers – 27, and RBI – 90. He stayed with the Marlins for 5 seasons before being traded to the Atlanta Braves and made another All-Sport team appearance before finally signing up with the Giants.

Joakim Soria
The Dodgers had their man in 2001 before an injury-filled spell which led to his release in 2004. In 2005, he was given a shot by the Padres after a spell in the Mexican League and in 2006, injury struck again after pitching 11 2/3 innings with the Padres minors. The 2007 Draft saw him picked by the Royals and it is here that Soria enjoyed a good spell by throwing 69 innings in his rookie season in the big league. In the first five years with the Royals, he made two All-Star team appearances after nailing down 160 saves in 180 chances.

Johan Santana
Injuries are to blame the potential development of Johan. In 1995, he was signed by the Astros as an amateur and in 1999, the Marlins picked him in the draft. But they would later turn around and send Johan to the Twins and received Jared Camp back. Santana did not have a productive 2000 season with the Twins till 2002 where up to 2010 he was one of the best left-handed pitchers. He recorded the lowest ERA in the league, made four appearances in the All-Star team, recorded the highest K/9 (3 times) and was a lucky recipient of AL Cy Young (2 times) award!