David Ortiz Denies Any Relation to Betting on Baseball 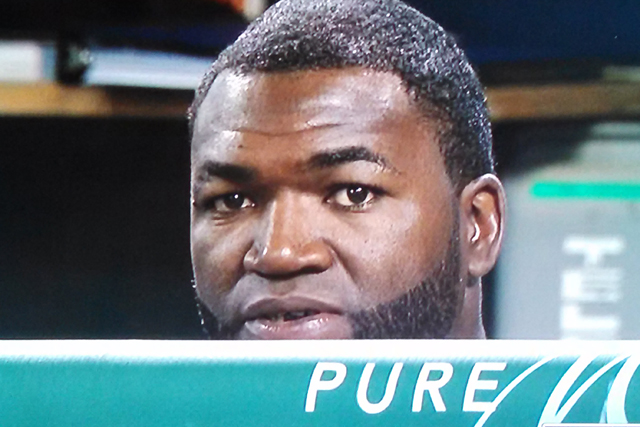 David Ortiz, one of the most recognized Baseball stars of all time has recently denied any involvement with gambling on baseball games. The former Red Sox player, David Americo Ortiz Aris, also known by his nickname ‘’Big Papi’’, I’ve read here was linked to a scandal involving bets that were placed on baseball games. In a book written by the former security agent of the Boston Red Sox team, Ortiz has been cited by the co-author, which suggests that the ex-slugger was connected to gambling activity while on the team.

The Controversial Book by Eddie Dominguez
The so-called book was released in 2005 by one of Ortiz’ former colleagues, Eddie Dominguez, who used to work as a security agent for the Boston baseball team. The book is titled as ‘’Baseball Cop: The Dark Side of America’s National Pastime.’’ In the publication, Dominguez reveals that he was suspicious about an individual belonging to Ortiz’ entourage, which was called ‘’Monga’’. The person was a frequent member of the Red Sox clubhouse.

Dominguez says that he had an informant that was quite close to Monga, and this informant was the one who witnessed the person placing a bet on a Red Sox game in Chicago. In the occasion, the Boston based baseball team was playing against White Sox, and the match occurred on July 24 of 2005. According to Dominguez, the individual placed his bet on White Sox, believing that the Chicago team would easily win the game. In addition to that, the former security agent claims that Monga along with other associates of Ortiz was banned from the clubhouse, which clearly made Ortiz unhappy.

The Accusations against David Ortiz
Although the book is considered a controversial publication, Eddie Dominguez does not specify any accusations against the former slugger, avoiding implying that the player would have any involvement in gambling. The co-author of the book declares that he did not have any proof that the slugger was a bettor through the previously mentioned individual known as Monga. However, the person was there placing thousands of dollars in the team that played against the Boston Red Sox, he adds.

Furthermore, Dominguez explains that Ortiz tried to skip the Home Run Derby that took place in 2006, mostly in a situation where Monga and other people would not be allowed on the field with the player. Meanwhile, Major League Baseball was highly cooperative with law enforcement investigations concerning the illegal gambling activities on baseball matches. According to Ed Dominguez, the investigation that ended up arresting various individuals in 2008 did not end in implications for any of the players.

David Ortiz Denis Any Involvement on Gambling
Upon facing accusations of an assumed involvement on bets that were made during baseball games of the Boston Red Sox, Ortiz wrote a vehement post on social media in response to those allegations. On Instagram, the former slugger claimed that Dominguez was using his image to ‘’sell a couple of books’’. Moreover, the player includes on the text that the Major League Baseball works hard on the players to make them understand the importance of not, under any circumstance to bet on baseball.

David Ortiz adds that he is writing such text not because of the person who wrote the book, but for the sake of the peace of mind of his fans. He mentions something like it would be quite contradictory for him to have ended his career in 2016 if he was indeed related to any gambling scandal in 2005. Additionally, in other words, he concludes that the MLB would have dispensed him as soon as possible since the company does not play that.

Ed Dominguez made it clear in the book that he did not possess any actual evidence that David Ortiz was involved in gambling. However, since the slugger’s friend was a frequenter of the Boston Red Sox’ clubhouse, and since he was betting, the former security agent of the team suggested that such situation should be checked further way and investigated by his superiors. David Ortiz, who is a respected athlete has over 1.7 million followers on Instagram, and over 68,746 thousand fans liked his post.