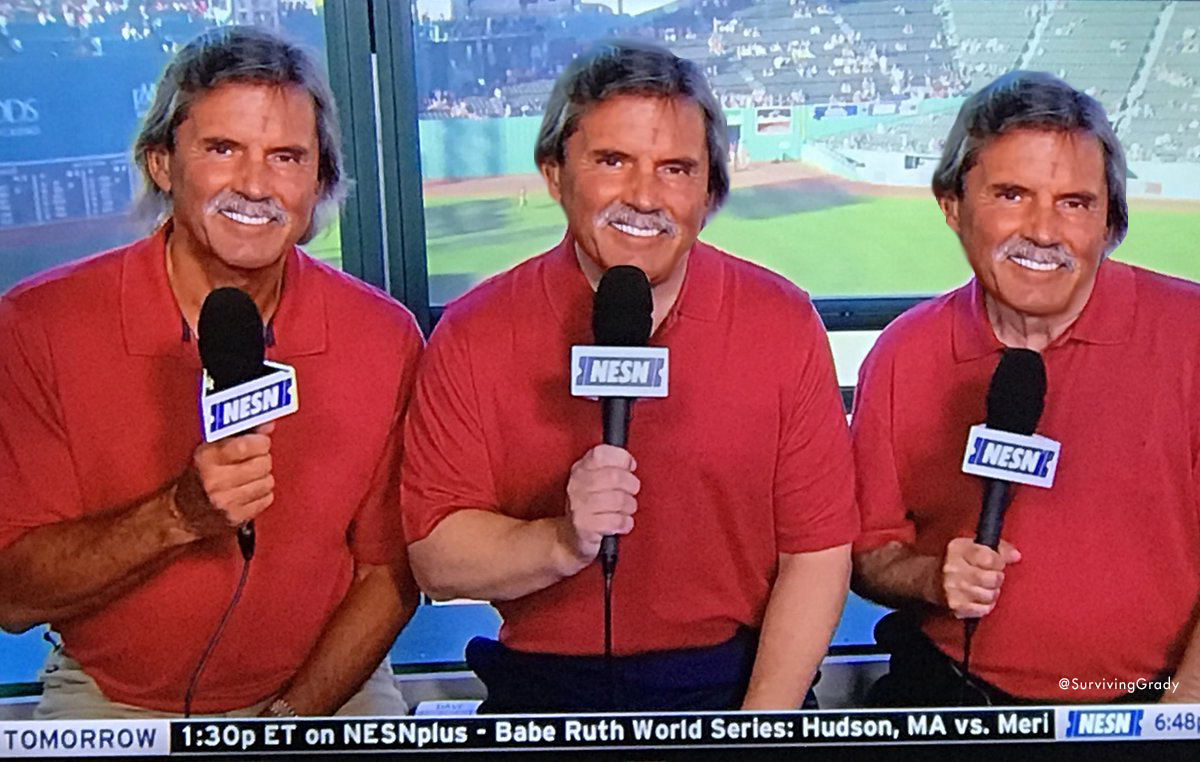 Dear Red Sox: Over the past several years, depending on my level of drinking, I’ve offered your organization some fairly insane ideas for making the game more interesting, putting more asses in seats and getting more Sox merch in the hands of eager fans.

Well guess what? The 2020 season is looking more and more like it’s time to give those ideas a chance. That’s right: it’s time to get weird.

If ever there was a season for thinking outside the box, when stakes are low, it’s this semi-season. As much as I love me some National Pastime, 60 games is not a real season. It’s barely even a warm-up. In a normal year teams play about 237 games during spring training alone if you count B, C, D and E squad games. Christ, today’s little leaguers play strict 462 game schedules (give or take) to prepare them for the harsh realities of adulthood.

So 2020 is just an appetizer. A little something to remind us that this game exists and extract a few dollars from the fans for MLB TV subscriptions. We have nothing to lose by trying out some stuff we might never touch in a legitimate, full-length season.

So with that, my ideas:

Robot Umps: We’ve been talking about this for years. Now’s the chance to put it into action. Let Joe West and his band of merry men take a summer off and put fucking R2-D2 out there to bring a little legitimacy to the balls and strikes calls. In an era where people are complaining about six hour baseball games, this is only gonna help; no self-respecting player’s gonna argue a close tag at second with a laser-equipped android.

Varitek everywhere: On the topic of umps, I notice you’ve had Captain Jason Varitek calling balls and strikes for a few scrimmage games. This is good thing, as Big V has been at the epicenter of our fandom ever since he fed A-Rod his glove and sparked the 2004 Red Sox Revenge Tour. But ask yourselves this: should we be doing more? After watching Tek work magic behind the plate, I suddenly want to watch a game between two teams of Jason Variteks, umpired by Jason Varitek, with music by Jason Varitek. With all your money, you can likely make this happen. The question is, why haven’t you?

Choose Your Adventure, Red Sox Edition: With fans watching from home, they miss out on all the interactive magic that makes going to Fenway such an experience. Like voting for dance-off champs, screaming “Sweet Caroline” and dodging bleacher vomit. Why not give a little back by letting fans vote on whether or not a game is even worth continuing? Just keep game two of the 2013 ALCS cued up and let the fans vote after every inning of each game (via “social media”) if you should “keep going” or just say “fuck it, give us Torii Hunter going tits up.”

New Sounds: I know I suggested this in another post, but it bears repeating. You know that bit at the end of Guns ‘n’ Roses’ “Mr. Brownstone,” where Axl busts with a little “Yowza!“? That should be played every time something cool happens. Xander steals a base? “Yowza!” JBJ makes an impossible shoestring snare in left center? “Yowza!” Manny Machado gets punched in the onions by a Pabst-impaired Nate Eovaldi? “Yowza!” Go break out yer Appetite for Destruction (you know you’ve got one) and listen to that snippet and tell me you can’t hear it reverberating through the Fens on a steamy August night. Just need to check if there’s a code prohibiting the playing of Guns ‘n’ Roses within city limits (there likely is).

Fan Coaches the Team: Armchair coaching is a favorite pastime in these parts. So why not give some eager wannabe manager the chance and pick a lucky fan to manage the team for one inning each game this year. Said fan will also have unlimited post-game use of the coaching staff, which puts the dream of having your vinyl siding fixed by Jerry Narron within reach of the common man.

Bring Back a Former Player for a Day: We can all agree that “back in the day,” pro-baseball players were a bit more rugged. Ask Carl Yastrzemski about his playing days and he’ll tell you about a time when rookie hazing meant punching a guy in the gut and looting his home, the “post game spread” was an X-rated dancer out of Chelsea, and the only valid reason for sitting out a game was that you’d been shot or sent to Vietnam. Why not let today’s young Sox fan see these wizened heroes of yesteryear grab a glove and get in on the action. Maybe not Cap’n Carl, but surely Troy O’Leary, Devern Hansack and Bobby Kielty can make time for action on the 2020 roster. JD’s groin acting up? Get Wilton Veras in there! Andrew Benintendi tweaks his wrist? Trot Nixon is ready to entertain you! Hours of educational fun for youngsters who missed out on the Mark Lemke, Eric Hetzel or Ed Jurak eras. As my Uncle Pete always said, “there’s nothing wrong with any line-up that a little Butch Huskey couldn’t fix.”

Spider-Man Running the Bases: Not sure exactly how this could be fit into the context of the game, but if you don’t see how Spider-Man running the bases at any given point in a Sox game is inherently cool, then I’m not sure we can be friends. Even better: a team of guys in Spider-Man costumes. Now we’re talking.

Fenway House DJ, Kevin Millar: If we learned anything from his all-too brief tenure with the team, it’s that things are simply more fun with Kevin Millar in the house. So why not carve out a little space in the centerfield bleachers, give the guy two turntables and a microphone, and let him go nuts. Trust me, every Yankee at bat will be made better by the Kevster yelling, “Let’s see you hit one up here, asshole!”

Rafael Devers Chases Aaron Judge Around Fenway in a Monster Truck: Not sure of the logistics (or legality) of this, but as a between-innings palate cleanser, it will no doubt appeal to fans of things that are awesome.