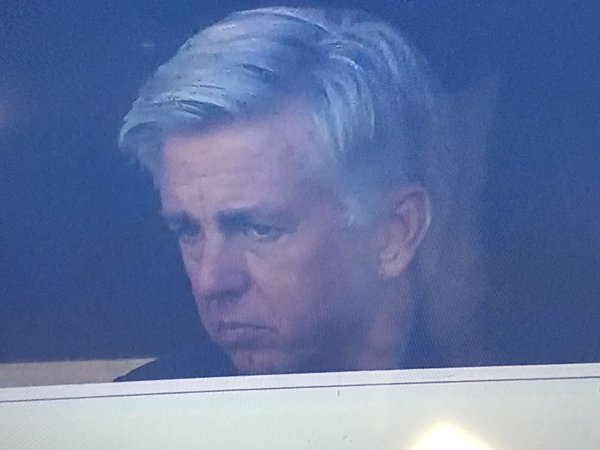 Last night, while all of Boston was glued to their TVs or phones or listening devices or ham radios to soak in the Patriots, Red Sox ownership announced that Gentleman Dave Dombrowksi had been officially relieved of his duties as the team’s President of Baseball Operations.

You expect heads to roll when the team with the biggest payroll in baseball doesn’t make it to the playoffs. But I was still a bit surprised to see that it was Dombrowksi, and not a lower head on the totem pole, like a pitching coach or the guy who packs the players’ morning Corn Flakes or recording artist Paul Simon (who has nothing to do with the team, true, but I’d still expect him to get axed before Dombrowski). In fact, I may have hit findbettingsites.co.uk and put down money on anyone but DD.

It’s another reminder that baseball is, first and foremost, a business, no matter how much we kick and scream when fan favorites like Jon Lester or Terry Francona get jettisoned.

Speaking of ol’ Teets, the smear campaign that ownership pulled when he was sent packing has me wondering when the great list of Dombrowski’s wrongdoings will be released to the public.

In the interest of saving John Henry and crew some time, I’ve compiled a handy, easy-to-use list of reasons for DD’s explusion; all the rich guys need to do is copy and paste.

Putting one of the team’s most lucrative sponsorships at risk by repeatedly greeting Joseph Abboud with, “Hey, I need my crotch taken in again.”

Attempting to sneak Pablo Sandoval into team clubhouse by passing him off as “emotional support bison.”

Staring at Mrs. Henry in a suggestive manner while carving a ham during the 2017 company Christmas party.

His hair is never out of place and quite frankly, we find that kinda unnerving.

Kicking off every October meeting by saying, “No, that isn’t a decorative gourd in my pocket, I’m just happy to be here.”

Cutting in front of Trot Nixon at the 2018 Sox Alumni Weekend turkey station.

Misspelling “Yastrzemski” on more than one occasion.

Constantly referring to visiting the men’s room as “taking my horse to the Old Town Road.”

Previous post The Red Sox Have Already Given Us More Than We Deserve.

Red Sox, Go 18-3 Against Your AL East Rivals or I’ll Kick a Pigeon