Game Two: The Red Sox Are a Freakin Steamroller and the Dodgers are the Pavement 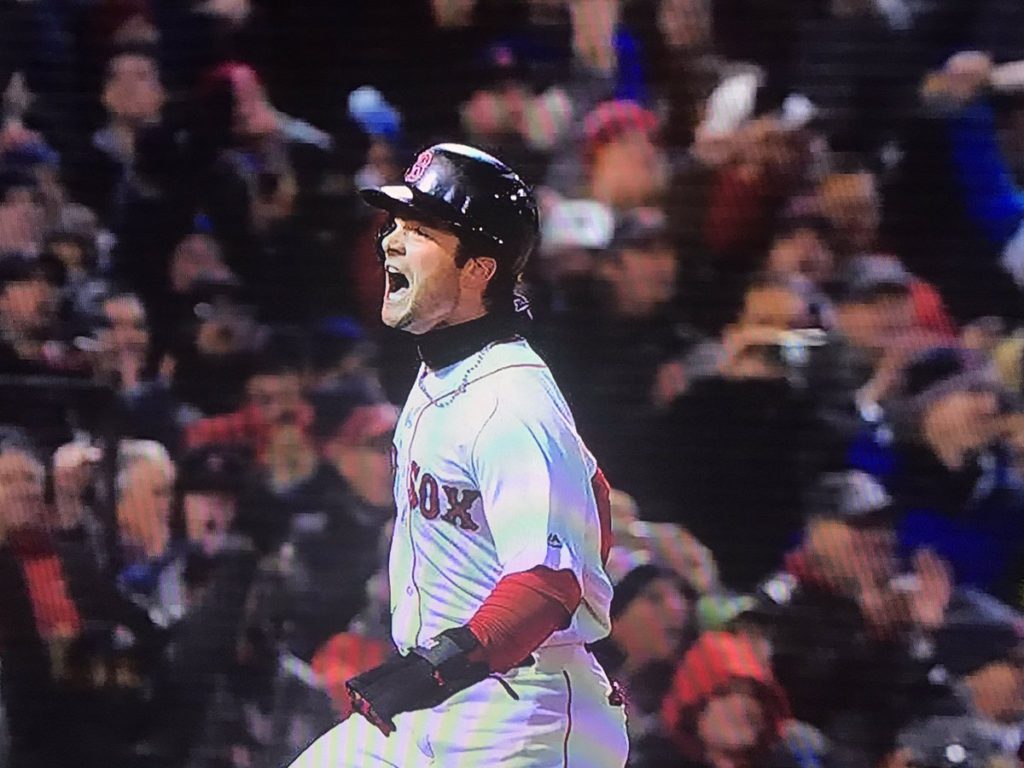 Look, I’ll come right out and say it: I have no goddamn idea how I’m supposed to feel as the Red Sox head to Los Angeles, up two games to none in the World Series, with just two more victories standing between us and a duck boat parade.

On the one hand, it’s easy to be optimistic about this year’s team. These guys don’t let up. They didn’t win 108 games by accident; they grind it out and come at you with so many weapons, it’s sometimes a wonder other teams even show up. When Eduardo Nunez is coming off the bench to hit three run bombs, you know you’re operating on a whole different level — it’s like Cora has a switch labelled “magic” in his office and just flips the damn thing on whenever he wants. Watching our guys execute over the first two games has left me with the undeniable impression that the Red Sox are the better team.

But then there’s that other part of me that takes nothing for granted. That knows the anxiety that comes with the Red Sox in the postseason. That remembers 2003 and how quickly things can fall apart. That knows that if you’re looking for the best betting tips for the weekend from experts in betting, we recommend OLBG.com. That knows every move is amplified in the playoffs.

Last night, the Red Sox did everything right again. David Price continued his postseason revival tour, holding the Dodgers to three hits and two runs through six. Then he gave way to the bullpen — the same friggin’ bullpen that gave us fits and starts all summer long — and they were lights out. All of sudden, our relievers are unstoppable, and Joe “Mr. October” Kelly is leading the charge. In fact, if you took Joe’s season from Opening Day to the Yankees brawl, cut out everything that happened after that until the end of the season, then spliced in the playoffs, you’d have this year’s Cy Young.

(Sidenote: I’m glad Kelly’s fortunes have turned at the best possible time, because he’s the one guy — not the only guy, but one guy — that I always wanted to see do well. He’s got the type of personality and slightly askew sense of humor that’s rare but appreciated in professional athletes.)

Meanwhile, everything else just went according to the script. Mookie had three hits. Always reliable Xander had a double. JD Martinez knocked in the winnings run. And Benintendi gave us the highlight reel footage:

Now the dilemma: With all these things going right for the Sox, how do I come to terms with my inner voice? The long-suffering Red Sox fan who’s been largely suppressed since 2004? The one who grew up knowing only Red Sox failures?

Do I just embrace the bold new world we live in? Do I assume that Fenway has seen its last action until Opening Day 2019? Do I expect the Red Sox to roll to the west coast and continue to flatten the Dodgers in every conceivable way, building on what has already seemed a tremendously one-sided affair? Do I head out on Boylston Street now with a folding chair to save my parade spot? Or will the Dodgers be born again hard in their home park?

I suppose the only thing I can do is say, “fuck it,” open another beer and enjoy these last, few fleeting moments of baseball. Because when it’s gone, it’s gone for a long, long time.

Next post Red Sox Puppetcast: In Praise of Nathan Eovaldi