My Love for Don Orsillo Cannot Be Contained 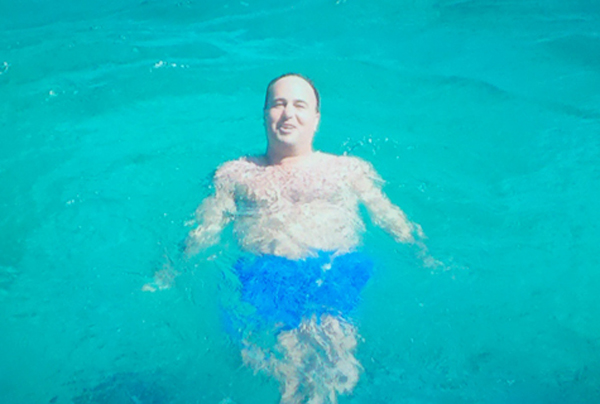 I remember Don Orsillo’s first game as permanent Red Sox commentator for NESN. It was April 4, 2001, and Hideo Nomo threw a no-hitter. I recall cramming one of those chunky VHS tapes into the recorder to capture the final outs, and despite that shitty tape recording (the height of technology 14 years ago), Don’s voice rings with the charming enthusiasm that would come to define his tenure. Go ahead and click that link and soak in the magic if you don’t believe me. We’ll wait right here.

Okay, you watched it? I was right, huh? Okay. Moving on.

In 2015, Don was unceremoniously dumped from the NESN booth — an error of epic proportions of NESN’s part — but from time to time we’ve been able to enjoy his Red Sox coverage on national broadcasts. Yesterday was one of those broadcasts, and it was nice to remember that his voice and persona had become as comfortable to us as that old, reliable suit jacket you keep in the back of your closet.

D.O. wasn’t a home run hitter or star player or hyped-up rookie. He was a goddam TV announcer, and his parting words to Red Sox Nation brought as many tears as watching the Sox hoist the World Series trophy in 2004. That a guy who was supposed to provide the color, the freakin’ background noise, to a TV broadcast could come to mean so much to us speaks volumes to the man’s talents. Nothing gold can stay, a wise man once told us. Don’s departure remains evidence of this. And all the “screw you, NESNs” in the world can’t bring him back.

I’m man enough to admit that as his voice disappeared from my screen after yesterday’s game ended, I openly wept like Tom Hanks when Wilson floated away.