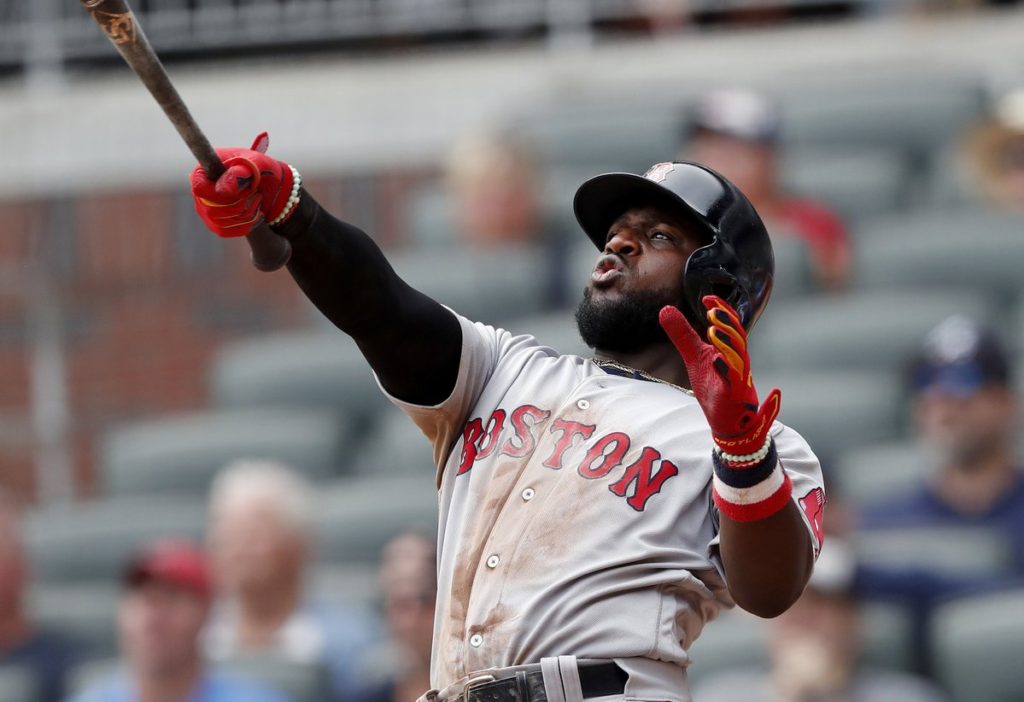 If you look back on past Red Sox championship seasons, you can pinpoint the precise moment when you realized we were dealing with some sort of magic. In 2004, it was Varitek feeding A-Rod his glove. In 2013, it was David Ortiz telling a packed house at Fenway that this was “our fucking city.” In 2007, it was Bobby Kielty and JD Drew teaming up to stop aliens from destroying the Prudential building.

Today, we may have witnessed another such omen.

Brandon Phillips, the former Cincinnati Reds star who’d been toiling away in Pawtucket this summer, was one of the odd parts put into today’s Frankenstein line-up by Alex Cora. But the pay-off was immense. Yes, the guy got on base twice and scored, but he saved all his fucking magic beans for the ninth inning. That’s when BP stepped to the plate with a man on and the Sox down by a run and absolutely crushed a ball into the cheap seats of SunTrust Park.

It was the man’s first major league home run since 2017, so you’re damn right he pimped it good. The man earned it.

Play this on loop at my funeral pic.twitter.com/F3Elk0aqNO

No one enjoyed that more than our other Brandon, Brandon Workman, who surrendered the go-ahead run to the Braves in the bottom of the eighth after the Sox put up six goddam runs in the top of the inning to tie the game. Brandons helping Brandons, man. That’s what it’s all about.

So is this magic? Is it another good omen in a season of one awesome thing after another? For all we know, Phillips may never play another game this season. But his epic home run keeps the Red Sox marching toward their ultimate goal: 100+ wins, world domination and subjugation of their enemies.