100 Wins and the AL East Pennant: Are We Dreaming? 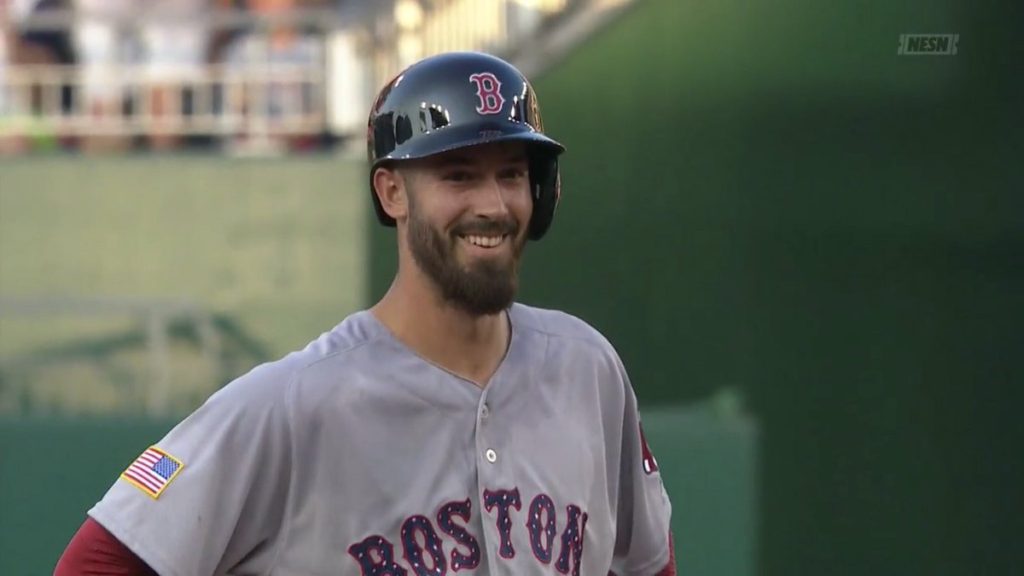 The Boston Red Sox are playing fantastic baseball this season. This is an undisputable fact. They have more wins than any other team in the MLB. They are a goddam offensive wrecking machine. And they have Rick Porcello’s hair and beard, which have really given them an unfair edge for much of the season. Even better, they’re standing over the highly-vaunted New York Yankees in the standings. That always makes us laugh. Heheheheheh. See?! It just friggin happened again!

After consecutive 93-win seasons and ALDS eliminations, this season feels different. Not only has the strong pitching improved from last season, but a stack of home runs from J.D. Martinez and Mookie Betts’ breakout have seen Boston transform into a new beast this season.

Pundits are already discussing a historic season in the MLB, with multiple 100-win teams – such as the Red Sox – as well as 100-loss seasons. With 100 wins, Boston would certainly be challenging for the AL East pennant too. So, is it foolish to think that the Red Sox can earn 100 wins as well as keep the AL East title away from the Yankees?

At the 86-game mark, the Boston Red Sox had 57 wins and 29 losses for a .663 percentage. The team has been very strong at Fenway Park and have certainly been able to hold their own on the road. Boston has been forced to produce such a high volume of wins because of the competition from the New York Yankees, who continue to bite at the heels of the Red Sox.

If Boston can stay true to its form so far and produce something close to a .663 percentage, the Red Sox could be looking at an unprecedented 107 wins. Not only would this amount to the team’s first 100-win season since 1946, but it’d also be the highest wins tally the franchise has ever recorded.

With a team this talented that’s being forced forward by their ever-lurking rivals, it’s not unthinkable that the Red Sox would be able to go all-out until season’s end to beat the Yankees to the divisional crown – which would most likely push them to 100 wins. As of 86 games played, Boston can only drop 33 games if they wish to reach the fabled 100-win mark. They should be able to achieve this feat, bar a slew of major injuries.

The reason why the New York Yankees are at +190 to win the American League ahead of the Boston Red Sox’s +300 in the MLB betting partly comes down to the Yankees’ spending power at the upcoming trade deadline. Boston’s bitter rivals boast luxury cap space and plenty of prospects to trade for players who will make them even stronger in the final couple months of the season.

In fact, while the Red Sox are rumored to be after the likes of Kyle Barraclough and Raisel Iglesias, the Yankees are said to be hunting much larger prey. It would be the biggest trade in the history of the two clubs, but the Yankees are said to be keen on prising Jacob deGrom from the New York Mets. If this deal were to come to fruition, it would give the Yankees the impact starter to accompany Luis Severino and allow them to contend with duos like Rick Porcello and Chris Sale properly.

If the two teams carry on battling, that final Red Sox-Yankees series to finish the regular season could be something quite spectacular and decide the fate of the AL East. Prior to that three-game series, both are expected to hit 100 wins.

Previous post Shane Victorino Retires, Reminding Me of the Worst Take Ever