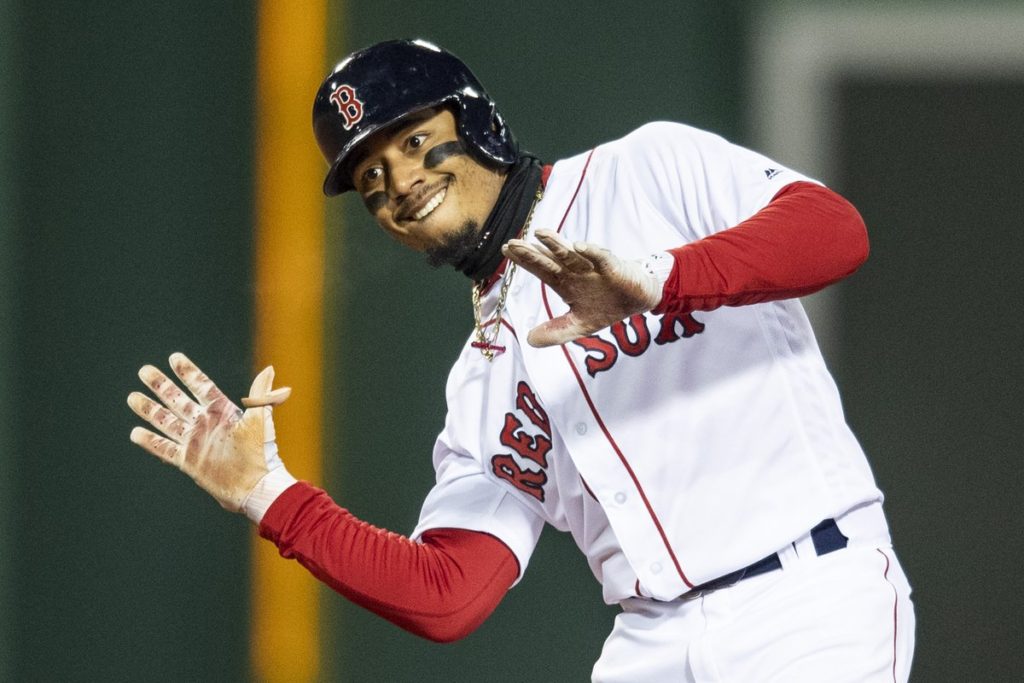 No, technically there’s still a lot of baseball left to play. But after tonight’s game, the AL East looks like it’s ours for the taking. For all the hype going into this game — bitter rivals, both with shiny new off-season acquisitions, throwing their aces and flaunting new managers, one of which will forever live in Red Sox infamy — I was counting on a slug-fest. Or at the very least I never expected such a one-sided affair.

Yet here we were, watching the Red Sox pulverize the Yankees, literally embarrassing them at every turn on their way to their ninth straight win. And it’s important to remember that we’re one Joe Kelly fuck-up from being 10-0.

Consider that the Red Sox scored 14 runs on 11 hits without their best hitter, Xander Bogaerts. Also, compare the production of their ace, Luis Severino, who gave up 8 hits, 3 walks and 5 runs through 5 innings, against our ace, Chris Sale, who gave up 8 hits but only 1 run and struck out 8 through 6.

Next, let’s talk about Mookie Betts, who went 4-for-4 with a grand slam and almost single-handedly sunk the Yanks. In fact, the Sox’ top three batters, Betts, Benintendi and Hanley, went a combined 8-for-9 and knocked in 9 runs.

The most satisfying part of this game, however, is that it happened during Aaron Boone’s first visit to Fenway as manager of the Yankees. Can you think of a more fitting way to greet him that with a solid kick to the onions? Yes, 2004 was great revenge for 2003, but I have a feeling that our greatest pleasure will come from watching Boone melt down, millimeter by millimeter, over the course of the summer.

All in all, it was a hugely important win, not just for shitting on the Yankees’ good time, but also for getting that “yeah, but they haven’t played good teams” monkey off the Red Sox players’ backs. This is a good team, this is a loose team, and for the most part, the entire team is playing like they’ve got a contract expiring soon. I, for one, appreciate the hunger.

Game two tomorrow night. Who ya got?

Previous post The Red Sox Will Probably Never Lose Again, Unless It's Out of Sympathy