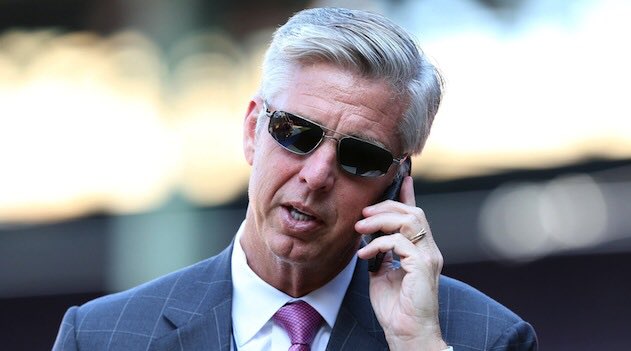 Unless you’ve been living under a rock for the past few weeks (and I actually prefer to do so around the holidays as rent is cheaper there), you’ll know that the Red Sox are on the hunt for some new sluggers. Last season’s batting was less than favorable for the local 9, finishing sixth in the league for most runs scored. But the most alarming statistic from 2017 was the fact that they were dead last for most home runs, only managing a measly 168 for the season.

Since Giancarlo Stanton signed with the New York Yankees in early December, the two best free agents on the market are, without a doubt, J.D. Martinez and Eric Hosmer. The team has been linked with the pair already this offseason, but it now appears they are looking to make a double swoop and sign both players to their roster for next season. Heading into next year’s MLB, the Red Sox currently sit seventh-favorite to win the competition with bookmakers having them as a +1200 chance. If they were to acquire both these elite batsman, it would surely see them became much more of a frontrunner in the title race. Some bettors may even take the opportunity to back them now before a deal has been made, to take advantage of the high odds. There are many free bet offers and more at some of the tipping sites online, if punters wanted to minimize their risk and make an early move for Chicago to win it.

If the organization were to sign both Martinez and Hosmer, they would be looking at a gigantic financial commitment. Both players contracts are going to be around nine-figures, and the total investment could even hit the $300 million mark. It wouldn’t be the first time that a team has shelled out two $100 million-plus contracts in one offseason. In 2008-09, the Yankees did it when they signed Mark Teixeira and CC Sabathia, and the Red Sox themselves made the same play in 2010-11 when the extended Adrian Gonzalez’s contract and signed Carl Crawford. Just three years ago Boston almost forked out $200 million when they gave contracts to Hanley Ramirez for $88m and Pablo Sandoval for $90m. And, yes, that last one just made me throw up in my mouth a bit once again.

Adding two big hitters to the Red Sox batting lineup would give Boston a massive offensive boost. New manager Alex Cora would have the potential to run out a lineup that would certainly pack a punch: sliding Martinez in at third and Hosmer at fourth, with Mookie Betts as the opener and Andrew Benintendi following.

Dave Dombrowski knows Martinez from their time together in Detroit. It may be the deciding factor in the 2015 Silver Slugger award winner making the move to Chicago. If the Red Sox do sign Martinez and Hosmer, the duo would certainly turn the squad into a winning team. With the Yankees, Dodgers and Astros all looking like formidable opponents next season, it could be wise for Dombrowski to get aggressive and make the double play for both star hitters. Sure it will cost them initially but the duo could easily turn the Red Sox into one of the biggest threats in the league.

Next post Who are Boston's Biggest Competitors for JD Martinez?

Every Rankin/Bass Christmas Special, as Ranked By a Functioning Alcoholic 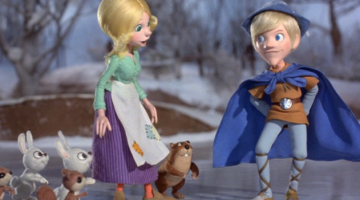