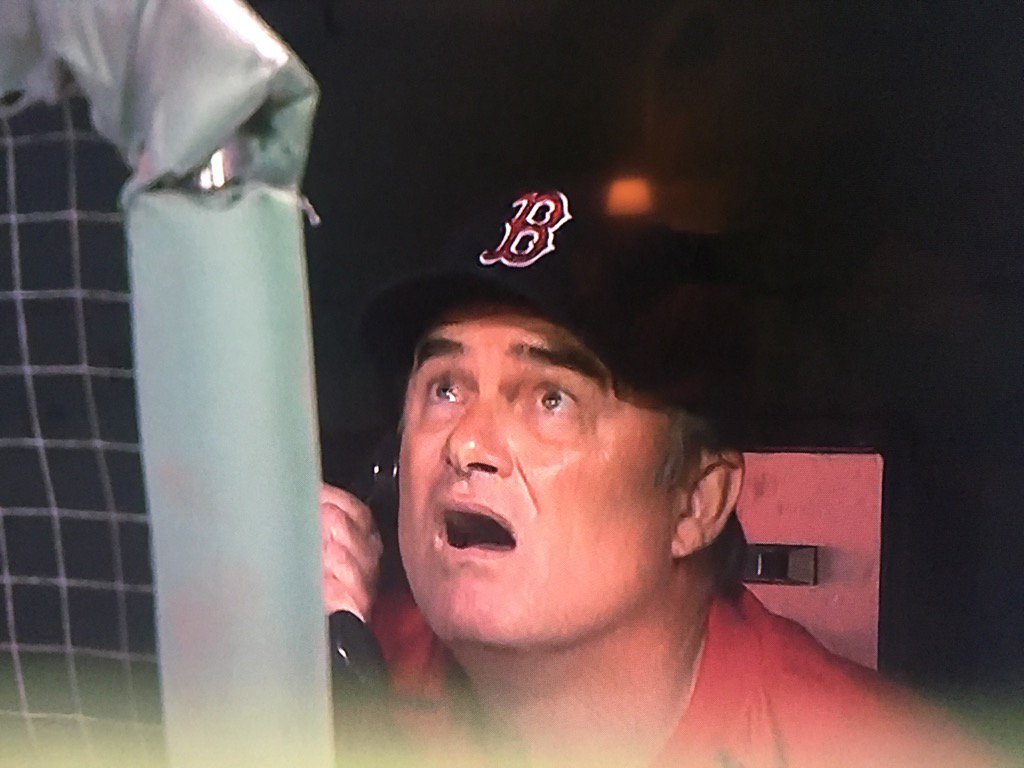 So the Red Sox’ 2017 season officially has its scapegoat: Manager John Farrell, who won a World Series and got the Sox to the playoffs three times in five seasons, has been shown the door. It’s not really a surprise to anyone with even a passing interest in this team. Farrell isn’t a Dave Dombrowski hire, and he may have actually been jettisoned sooner if he hadn’t been battling lymphoma.

I’ll never know if Farrell is the reason for what seems to be a fractured Red Sox clubhouse, which hit the spotlight this summer. Is John Farrell a weak leader for allowing the David Price vs. Eck drama to unfold? Was it a sign of lack of respect for the manager when Dustin Pedroia casually tossed his team under the bus after Matt Barnes avenged him in Baltimore? Yes, in the postseason, Farrell made some questionable moves — most notably bringing a cooked Sale out for the eighth of game four and penciling Eduardo “I Can’t Stand Up” Nunez into game one. But after our ALDS crash and burn, I’d put the blame on the players.

Still, the manager makes for an easy target and, as mentioned, Dombrowski has no loyalty to a guy who wasn’t hired on his watch. A lot of fans are taking distinct pleasure in dancing on his grave, but I’ll just thank him for his time, wish him the best, and look forward to whatever ownership’s planning next.

Oh, and here’s a video from what I would say was one of Farrell’s finest moments in a Red Sox uniform: when he lost his shit over a crazy balk call back in June. It’s worth reading this post just for the Twitter comments.

Next post Puppet Red's Message to the Houston Astros

Previous post Red Sox Step On My Nuts, Get Knocked Out of Postseason