Eduardo Nunez Injured, Could Return for the World Series 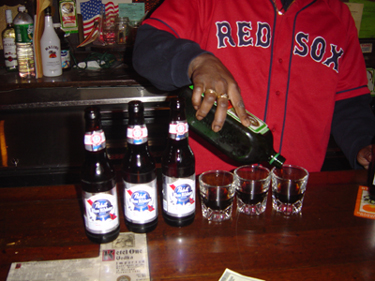 Game 1 of the American League Division Series was not a good day for the Boston Red Sox. Not only did they lose 8-2 in the opening game of the series courtesy of a hat-trick of home runs from second baseman Jose Altuve, but they also lost infielder Eduardo Nunez.

Being back in the lineup for only the second time in 21 games, Nunez was deemed fit to play following a knee ligament injury. Unfortunately, it seems as though he aggravated that knee injury running to first base in the first inning of the game, ending his brisk jog on the ground. In the short video below, you can see how he intends to take off with power, but quickly realizes that something has gone wrong:

The former Yankee only managed to play 38 games for the Red Sox after being traded from the San Francisco Giants at the end of July, in exchange for two minor league right-handers. However, during his short spell on the Boston roster, Nunez has knocked up 23 runs and 53 hits with a career-best batting average of .321 while with the BoSox, albeit over a much-shortened span of games.

There was some good news from the first round of playoff games, though, because the Cleveland Indians shutout the New York Yankees to the tune of a 4-0 beat down. The Indians are now at a tasty -225 to take the series, which would make for a fine use of Ladbrokes’ free bet offer.

In any case, the Boston Red Sox must push on and attempt to give the Houston Astros a run for their money, which they are still perfectly capable of doing. Outfielder Chris Young has been added to the roster for their ALDS to replace the now-injured Nunez.

If the Red Sox do get past the Astros, however, Nunez will be eligible to return and play in the World Series. Given that the 30-year-old is out of contract at the end of the season, Nunez and Boston will want to get the most out of the player before the free agency comes around.

With Houston keeping a tight grip on their home-field advantage, the Boston Red Sox will need to step it up at Fenway Park, hopefully getting some great pitching from Chris Sale and a big showing from the bullpen. But most of all, the BoSox need to stop the diminutive ace Jose Altuve, as the Venezuelan is running has been running wild.