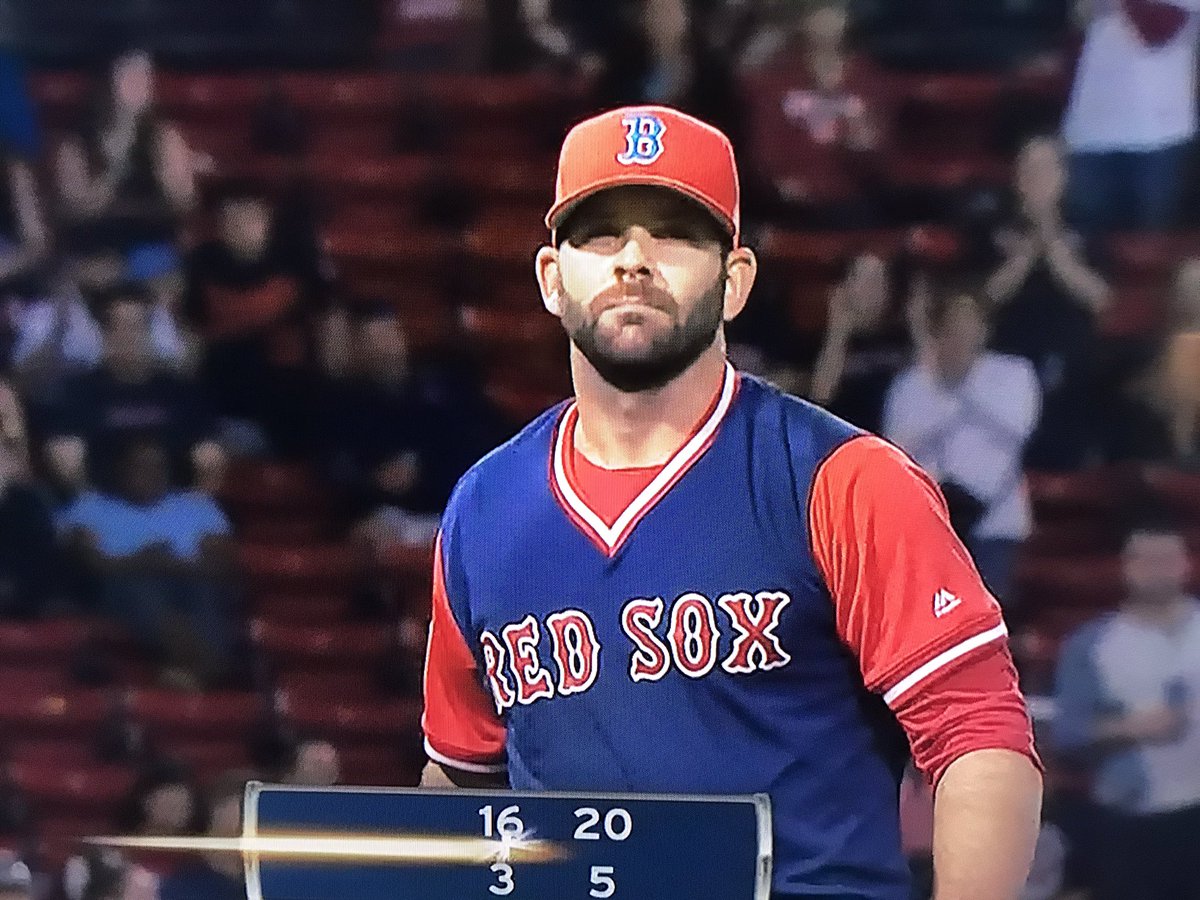 There’s not a lot to say about a game in which the Sox were down 5-0 by the middle of the second inning, got outhit 20-6 and outscored 16-3, made a shit-ton of errors and generally looked like they were playing in a swimming pool filled with pudding. It was one of those ball-crushing defeats you just have to file away and move away from.

But there’s one highlight that needs to be acknowledged, and that’s Mitch Moreland taking the mound in the top of the ninth. It was one of those “what have we got to lose” moments that got the crowd to its feet, and actually provided some payoff, when Moreland struck out the first batter he faced:

Raise your hand if you thought the pitching performance of the night would come from Mitch Moreland. pic.twitter.com/CCGo8pj8Kg

The style. The finesse. It’s all there. And I hope this isn’t the last we see of Moreland on the hill. I’ve also been drinking since 10pm last night.

Despite back to back losses, the Sox still have a 4.5 game lead over the Yankees in the division. Oh and we apparently have a new eighth inning guy. So there’s that.