Can the Red Sox Recover to Win the East? 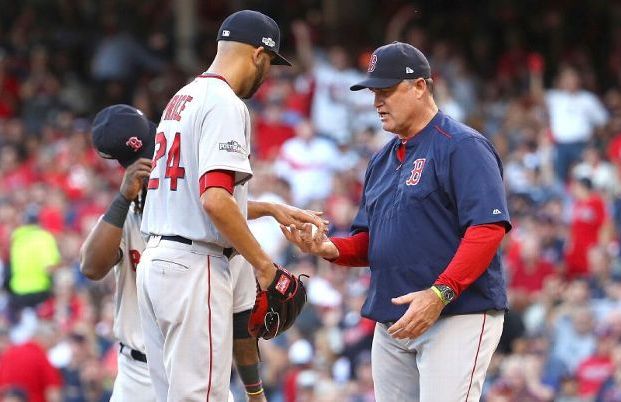 With last night’s loss, the Boston Red Sox dropped to second place in the East for the first time in a couple weeks. So, yeah, they’ve hit a rough patch, with good offense and wins being hard to find. In a negative run of form and losing ground to divisional rivals, can the Sox get back on track?

Over the first half of the regular season and this opening segment of the second half, the Boston Red Sox have been able to turn Fenway Park into a fortress, holding one of the best win percentages at home in the entire MLB. However, on the road, the Red Sox have moved into a negative record. The three-game losing streak at the end of July – before their lost series to the Seattle Mariners – put them to 26-28 on the road but luckily, at the time, every single AL East team had an away record sitting below .500.

In the American League East, the Sox are a combined 21-22 against the New York Yankees, Tampa Bay Rays, Baltimore Orioles, and Toronto Blue Jays. Although that record isn’t catastrophically bad, it is heavily boosted by the team’s record against the team currently sitting last, Toronto, with seven wins and three losses.

Against the Rays, Orioles, and Yankees, Boston is 5-6, 6-7, and 3-6, respectively, with the latter being a real stinger against Boston’s great rivals. Despite this and their current slump, the Boston Red Sox are still the -250 favorites to win the division according to the MLB odds on bet365. Boston is expected to turn it around and maintain their grip on the AL East, but they’ll need to improve in a few areas first to ensure this.

In the second half of the season, the Boston Red Sox have failed to score more than six runs in a game and have failed to get a single point on the board twice; so needless to say, the team needs to find their groove offensively to pick up their form. Dustin Pedroia has called for the team to step up: “It falls on everybody… It doesn’t fall on me or [Hanley Ramirez] or anybody like that. It’s everybody; we do it together.”

One problem area for the Red Sox has been at third base, and despite the team saying that they’re going to take their time with prospect Rafael Devers, the Dominican third baseman was called up after playing in just nine Triple-A games. To be fair, the 20-year-old top prospect nailed in two home runs in those games and batted .400, so the move may work.

With so many talented players in the lineup, it won’t be long before the Boston Red Sox get back to form and, luckily enough, their cushion over the New York Yankees in enough to see them remain as the divisional leaders until they get their nice long home stand. It’s been a tough period, and their future road trips may produce similar performances, but Boston should still come out as the AL East champions.