The Greatest Red Sox Outfield Ever? 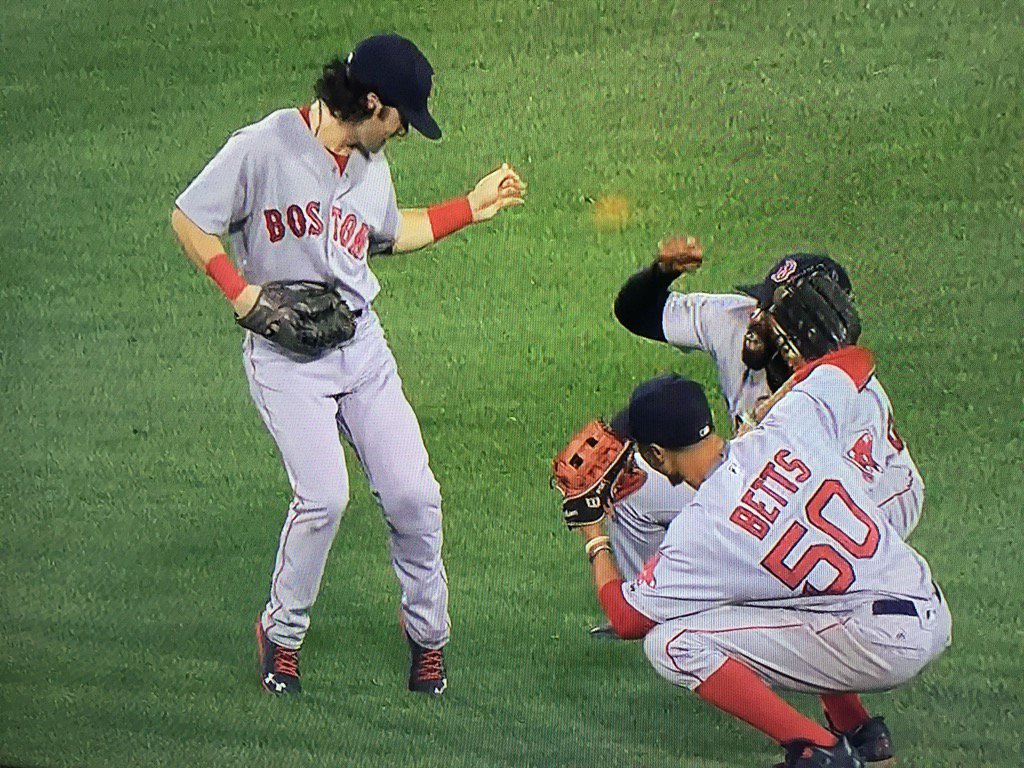 It may seem sacrilegeous to place any Red Sox outfield that doesn’t include Ted, Yaz, Rice, Lynn or Butch Huskey above all others, but what’s going on with the team these days is starting to feel unprecedented. Every night, it seems, one of these guys — either JBJ or Benintendi or Mookie — makes an impossible play seem incredibly possible. And when they’re not coming through with their gloves, they come through with the bats. In the past week of games alone, Jackie and Benny have been the late-inning catalysts for Red Sox victory. Tonight, it was Mookie who came up huge, launching two home runs and collecting four hits in all (a triple shy of the cycle). Accordingly, Mookie got the spotlight dance:

dancing so slick, it should qualify as Mookie's third home run of the night. pic.twitter.com/82lSr7Am86

Of course, no one in that outfield resists a chance to outshine a colleague. So we had Benny going into the stands — much as Mookie did last night at Fenway — to snare an out.

Benintendi: into the stands, into our hearts. pic.twitter.com/V90V2LvtWH

After Xander (AKA “old reliable”), Benny and Mookie have the most hits on this team. They’re also leading the team in RBIs and all three are among the top five everyday players in OPS. Perhaps more importantly, they’ve endeared themselves to a legion of fans in a way that no outfield triumvirate has since… well, since the days of Rice, Yaz and Lynn.

Are we watching the greatest Red Sox outfield ever? Could be, folks. Could be.