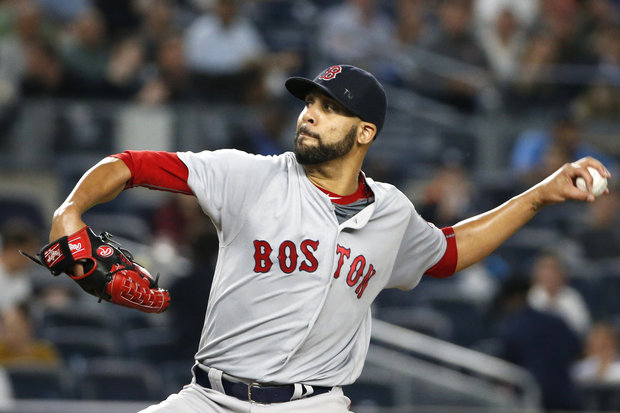 Remember when Pedro Martinez would face the Yankees back in the day? Guy brought his “A” game every time he stepped to the mound, but when we played the Yankees, something inside him just clicked. A switch was flipped. It was like every opposing batter was part of a gang that leveled his village when he was a boy and he never forgot it. No matter the outcome, you always got the impression that Pedro didn’t want to just beat the Yankees, he wanted to decimate them.

That’s the kinda stuff I was hoping to see from David Price tonight. After all, the knock on El Price-O has been that he can’t win the “big games.” And while tonight’s game wasn’t a “big game” per se — those games are coming next week — it was an important game. A game that could have been turned into a statement. During Price’s first press conference with the Red Sox, when asked about his postseason failings, he famously quipped that he was saving all his playoff wins for the Red Sox. What better way to show you meant business than shutting down the Yankees on their home turf and powering your team to a division clinch?

Instead, Price got roughed up by one of the division’s weaker teams, giving up 12 hits, 3 home runs and 6 earned runs in just 6.1 innings of work.

Of course, the bigger question may be why Farrell sent Price out to work the seventh when all night long he looked like a guy who’d rather be in bed. Granted, Price just lost one of his best friends, so the guy’s got some weight on his shoulders. But he put the Sox in a hole early, giving up a two-run homer in the first. And every time his teammates clawed their way back into it, he coughed up the lead again. After the Sox tied it at 4-4 in the sixth, a wiser manager may have gone to the bullpen. Farrell didn’t, and Price almost immediately gave up his third homer of the night, making it Yankees 6, Red Sox 4. End of story.

I know it’s tough to complain. Winning streaks don’t last forever, and Price has been nails for much of September. If he goes 5-0 throughout the playoffs en route to a World Series, he’ll get the Daisuke Matsuzaka “Totally Worth the Money” pass for the rest of his days in town. Plus, clinching tomorrow night allows Clay Buchholz to get some much-deserved kudos for his late-Summer renaissance.

But in the back of my mind, I worry that we may have seen a glimpse of what Price is all about when everything is on the line and it’s win or go home. And it might take a few beers to put those thoughts to bed.