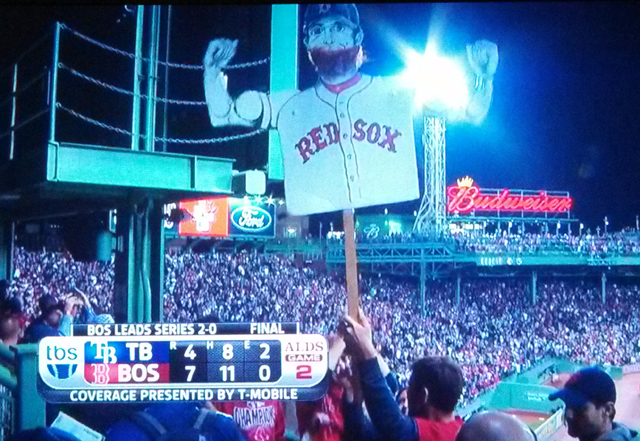 Somewhere in the midst of this late-season push, behind the Mookie MVP talk and Ortiz Farewell Tour and Steven Wright magic and Rick Porcello Resurrection and the Spectacular Sandy Leon, Dustin Pedroia has been quietly, steadily getting things done.

While The Large Father is unquestionably the heart and soul of this team, The Elf is the engine. The balls, you might even say. That kick of testosterone that always seems to come when we need it most, pushing us just a little bit farther. The man’s helped usher us to two World Series titles yet still endures the frequent calls for his head and demands that we trade him while his value is high. But year after year he’s been there, plugging along, showing us that even a guy generously listed as 5’10” in the media guides can cast a giant shadow on the game.

Last night, Pedroia flirted with the history books, getting 11 hits in 11 straight at bats (not counting a walk mixed in there) and just missing a chance to tie the major league record of 12.

Of far more consequence, Pedroia’s batting average jumped from .306 to .320 through the course of this streak, and his 4-for-5 showing last night was one of the catalysts helping us snap a three-game losing streak. That kept the Sox one game behind Toronto in the AL East.

Our schedule is only gonna get tougher as we roll into the home stretch of the 2016 season. Twenty-six of our final 33 games will be against divisional rivals, and there’s a one week, west coast swing thrown in for good measure. Our fate will be decided sometime over the next 30 games, and a fired up Pedroia may prove to be the most valuable weapon in our arsenal.

At the very least, here’s hoping it prompts a return of the Pedroia Puppet. 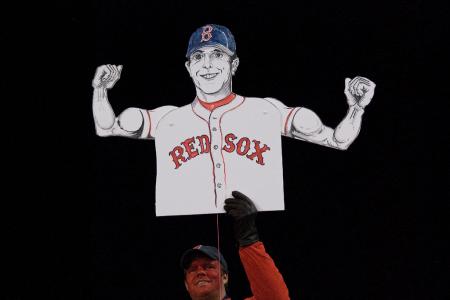