Beating the Yankees Will Never Not Feel Good 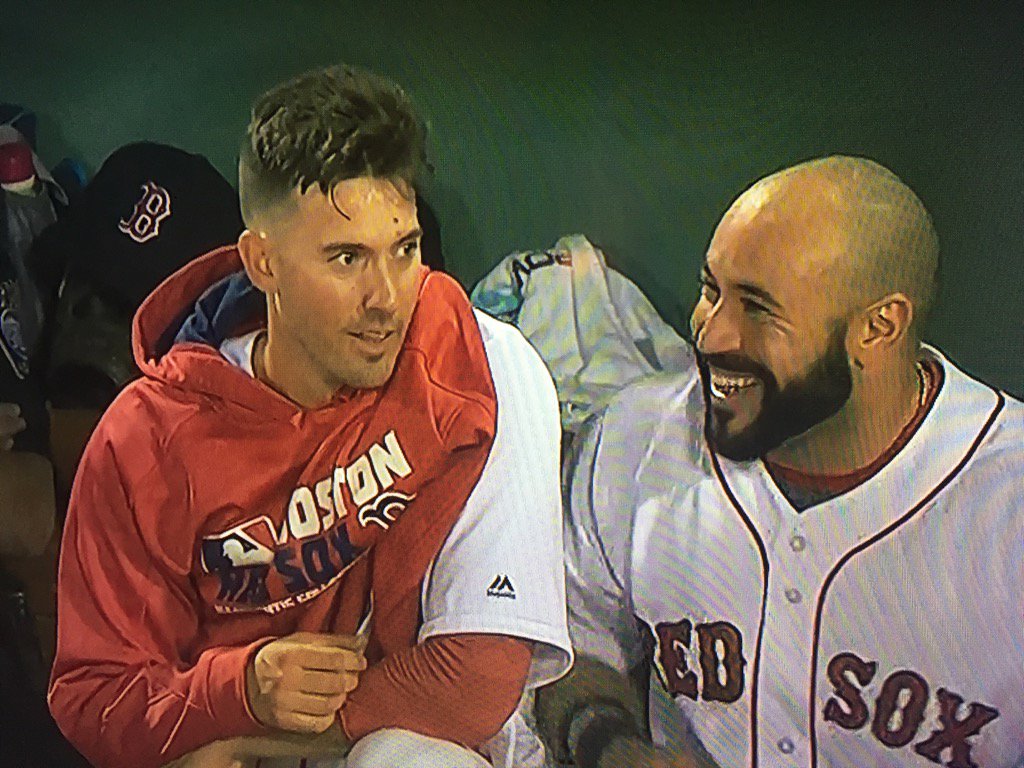 I understand that the 2016 Yankees are a far cry from the world beaters of seasons past, who kicked us in the nuts on the regular until 2004. But that doesn’t make beating them any less sweet.

Tonight’s game seemed like a laugher waiting to happen, with Luis Severino, he of the 1-6 record and hefty ERA, against our bona fide ace, 14 game-winner and near-invincible at Fenway Rick Porcello. But the truth is the game was a tight 2-2 until the Sox scored three runs in the fifth to take a 5-2 lead, one of those runs coming courtesy of Andrew Benintendi, who went 3-for-3 with an RBI and just missed a home run by inches.

Oh, and remember that 5-2 lead, because it’s important when we talk about the ninth.

Anyway, in the seventh inning, Chase Headley shot a double off the center field wall, then made the tragic mistake we’ve seen far too many visitors make this year: he tested Jackie Bradley Jr.’s arm. And this happened:

Apparently becoming a victim of his own hubris enraged Headley, because he immediately approached Porcello with the patented, arms outstretched, “bro, you wanna go?”

As Red Sox/Yankees mash-ups go, this one doesn’t even register. But it’s always fun to see someone step into that Karim Garcia role and become The Most Hated Yankee in Boston, if only for a few fleeting minutes.

The night’s wooden spoon goes to Craig Kimbrel, who tried to single-handedly crush our good vibes by walking four Yankees in the ninth, allowing a run before John Farrell gave him the hook and threw Matt Barnes into a bases loaded, two outs situation. It could have ended in a crash and burn, but Barnes struck out Mark Teixeira to save it, 5-3 Red Sox.

The hero of the night? That one’s easy.