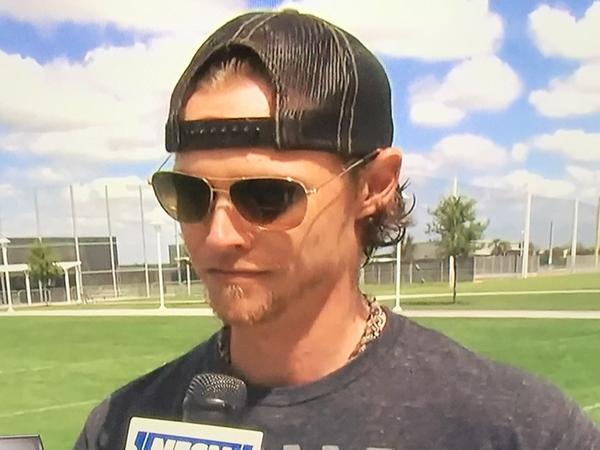 Last night, the Red Sox took whatever shards of pride they had left after June, collected them in a neat little pile, then drove a monster truck over them for five solid hours. At least that’s what it felt like to me as I watched moment after excruciating moment of last night’s 21-2 pasting at the hands of the Angels unfold. And, yes, these are the same Angels who currently hold the second worst record in the American League.

It was a beat-down so painful, so angering, so insanely comical that I only wish every pitcher who took the mound for us could take a loss instead of just Clay Buchholz.

Anyway. Here are some things you could have done during that shitshow that would have felt about the same. Or may have actually been more enjoyable.

1. Repeatedly slam your nuts in a car door.

3. Have non-invasive surgery to fix that creaking knee.

6. Load your TV on to the back of a pick-up truck, drive to Revere Beach, throw off pier.

7. Polish up that musical theater piece you’ve been writing on the life and adventures of Wes Chamberlain.

9. Wonder about what John Farrell will be doing for work come August.

10. Savor the fact that you are one day closer to death.