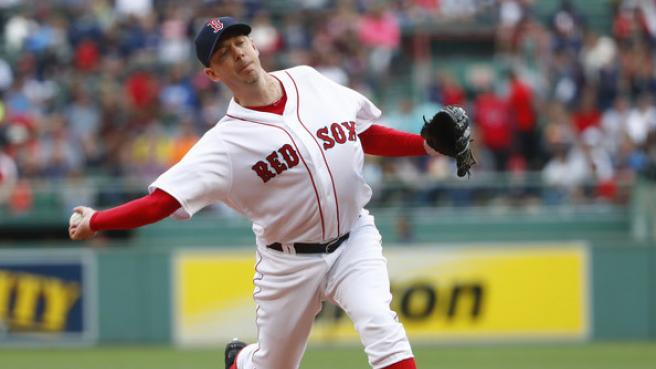 The Red Sox are hoping they can send off the retiring David Ortiz with one final playoff run, in hopes of winning one more ring with one of their greatest hitters. So far this season, they are on top of the AL East, and have a slim 0.5 game lead over the Baltimore Orioles. Despite the success they have had this year, the Red Sox have been plagued with injuries, which could affect their online MLB sportsbook odds of winning the World Series.

This week, Koji Uehara became the latest to fall victim of the injury bug, and he has been placed on the DL. Uehara going on the DL force the Red Sox to turn to newly acquired Brad Ziegler as their closer. With Craig Kimbrel already on the DL and Uehara joining him this week, Ziegler will be the third closer the Red Sox have used this season.

41-year-old Uehara left the Red Sox’s 4-0 win over the San Francisco Giants in the ninth inning on Tuesday. At the time, he was diagnosed with a pectoral muscle strain, and he was scheduled to undergo an MRI to see if there was any more damage.

John Farrell told reporters that Uehara had some soreness in his right pec, but the team won’t know the severity until after the MRI results are out.

Before leaving Tuesday’s game, Uehara struck out one batter, but felt soreness in his pec during the at bat. At the time, Uehara said he had never felt anything like it and hoped it wasn’t serious.

With Kimbrel and Uehara on the DL, Ziegler has been named the starter, but Farrell said one of the team’s two left-handers, Tommy Layne or Robbie Ross Jr., could pitch in save situations if the team is facing a left heavy lineup.

Ziegler, who was acquired in a trade before the All-Star game for two prospects, has pitched very well this season. While he was in Arizona, he had 18 saves and a 2.82 ERA. He also has 81 career saves in his eight-year career.

According to Farrell, the biggest thing Ziegler can do to avoid getting hit is to avoid throwing the ball down the middle of the plate. Farrell believes Ziegler should rely more on his breaking ball and changeup, which are more difficult to hit than his fastball.

The Red Sox added more depth to their pitching staff by recalling right-hander Noe Ramirez to fill the void on the roster left by Uehara.

The good news for Boston is Ziegler might not have to pitch for very long. Kimbrel, who had knee surgery earlier in the month, is healing quickly and is expected to be back in 3-6 weeks. Farrell said he doesn’t think the timeline for Kimbrel’ s recovery will change, but he is hoping he returns at the shorter end of the timeline.