The Comeback That Almost Was 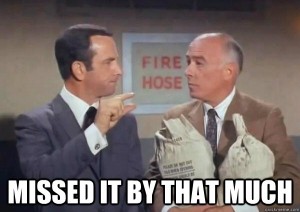 Man, that win would have meant so much. The Red Sox would have remained in first and taken two-out-of-three from the Jays. Instead, we’re looking up at the Orioles and hearing the Blue Jays’ footsteps close behind. It was another day of batting practice pitching from a Red Sox starter: four home runs allowed in five-and-two-thirds innings. The Sox battled back after being no-hit into the eighth but fell short, leaving the tying run at second in the ninth.

The schedule for the next couple of weeks plays in the Red Sox favor with lots of off days to rest up the overworked bullpen arms and find another starter (not named Buchholz). With Xander’s hitting streak ending over the weekend, we now put the watch on Papi and Pedie, each riding 13-game streaks.

The Sox are off to San Fran to face the first place Giants.