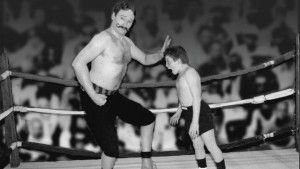 The weekend series between the Red Sox and Twins was really not a fair fight. It was the Gentleman Masher “basting the turkey” of his undersized opponent. The Twins are the worst team in the American League, only better than the Braves in the majors. Whatever the Red Sox are, they are far better than the lowly Twins. As expected, they swept the series and padded their stats on all fronts. Tonight, AL East rivals and tied-for-first-place Orioles come to town.

The Red Sox have not fared well against Baltimore this season. They are 3-4 and have lost those four games badly. This series might turn that around and put the Sox back in sole possession of first place. Baltimore will have to deal with Price and Wright in two of the games, Fenway Park, and some hot Red Sox bats. This should be a two-out-of-three series for the home team at a minimum.

The Orioles limp in to Fenway after losing three straight to the Blue Jays, but start the series against the Sox with Chris Tillman on the mound. Tillman is 8-1 in thirteen starts with a 3.01 ERA and 75 strikeouts in 77 innings. None of those 77 innings have been against the Sox. Price has faced the Orioles once and had a rough start. It was early April, before he got his groove on.

Tonight’s game will be a good test of how good Price is, just as the series will be a measuring stick for the Red Sox as a team. If they take two out of three, I’m on board.

Next post The Red Sox are Ruining June, But I Won't Say "June Swoon"