Pitching, Not Really Our Thing 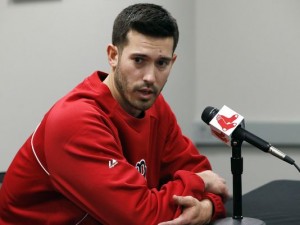 Going into tonight’s series finale against Baltimore, the Red Sox had been outscored 45-43 in the last seven games. With all the talk of the prolific offense, the real story is the horrendous pitching. Tonight’s case in point: Rick Porcello. Six innings, five earned runs on three long balls. The bullpen was even worse, giving up seven runs on four more home runs. If my math is right, that’s seven home runs given up. That ties a team record. The Sox score seven runs and still get blown out. Bottom line: Red Sox pitching sucks.

On the bright side, X-man got a couple of hits, Betts got another RBI, and JBJ was named player of the month AND his wife gave birth the their first daughter.

Next post No Pitching, No Hit Streak and Everything Sucks