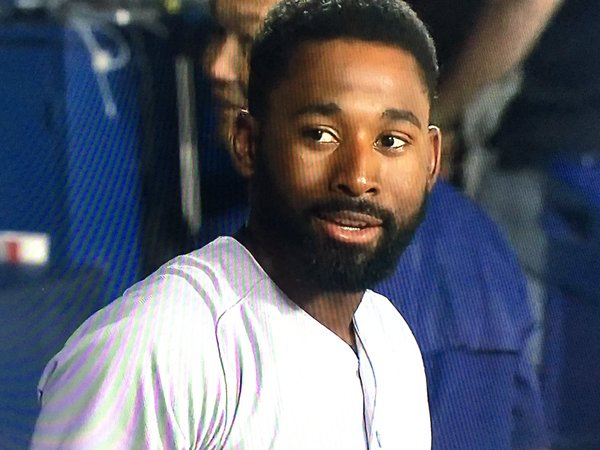 Alright, that headline is utter nonsense. Jackie didn’t knock in 2,000 runs over this three-game set with the A’s. He knocked in 13. But, man, it felt like 2,000, especially when you add in the two home runs he belted in tonight’s laughable 13-3 win.

And I’m not gonna quibble over details. After two abominable years of cellar dwelling, the Red Sox are smoking the competition and, goddam it, I’m gonna jump up on cars and hang out windows and scream about this team until my vocal chords give out.

Yes, it was against the Oakland A’s. I get it. But these wins count. And the 48 hits and 40 runs the team put down over the last three games isn’t a fluke. You can feel it in every corner of the dugout. There are just too many good stories on this team for it all to go south at once. Consider:

Ortiz tearing the shit out of the ball in his (alleged) final season.

Hanley winning hearts and kicking ass at first base.

Rick Porcello becoming the dark horse favorite for comeback of the year.

Xander Bogaerts quietly, without the glare of the spotlight that washed out his 2014, becoming one of the AL’s most solid players.

JBJ laying the smack down on just about everyone, any damn time he pleases.

Christian Vazquez returning from surgery to stabilize the pitching staff.

Steven Wright coming out of nowhere to be our early season ace.

Folks, this is a team that’s so stacked and so deep and so rich with positive vibes right now, it’s easy to confuse it with the 2013 World Champs. Out of the gate that year, we knew we had something special. Dare I say it, I’m getting those feelings again.

Which, when combined, somehow equals this:

Folks wanna bring me down. They tell me it has to end, that such awesome just isn’t sustainable. To them I say why not? Miracles happen. Just like I tweeted:

Rick Porcello is 6-1 and Jackie Bradley Jr is batting .322. If I predicted this in December I'd have been sent for mandatory drug testing.