For the 8,375th Time, David Ortiz Saves the Day 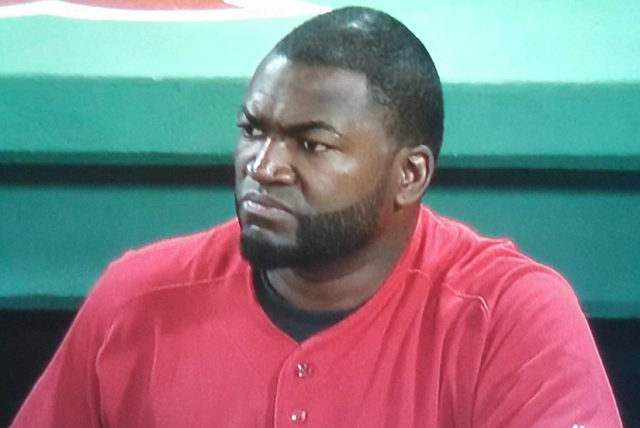 Technically, my math may be off. I’m sure he’s actually saved the day a million times. But regardless of the final count, today we got yet another reminder of how many times David Ortiz has pulled our asses out of the fire and brought us victory. Not once but twice in one afternoon, the Astros made the fatal mistake of pitching to David Ortiz when actual other options were available.

In the ninth, up by a run and with Xander Bogaerts on first and two out, the Astros opted to not walk The Large Father, allowing him to belt a game-tying triple. Now, I know that allowing your opponent to move the tying run 90 feet closer to the plate doesn’t make a lot of strategic sense most of the time. But against David Ortiz, you rewrite the book. Toss your logic out the window. Because the man has shown time and time again that he is an unstoppable force of nature that knows only one thing: crushing the will of his opponents to fine powder.

But, okay, let’s say you’re old school and stick to the book and pitch to Ortiz and get burned. Happens to the best of us. Not so easy to explain is what went down in the bottom of the eleventh, when, with the game still tied, the Astros pitched to Ortiz with two outs, X on second, and first base wide open. Again, to reiterate, Houston could have given Ortiz the pass and tried their luck with Hanley Ramirez. Instead, they took The Papi Challenge. And this happened:

That was Ortiz’s 600th double and it won the game and sent Fenway into a frenzy. And it was good.

In the shadow of this victory, as Ortiz lumbered back to the dugout, swarmed by his teammates and holding the second base bag in his meaty paw, I could have easily started worrying about who’s gonna assume the Papi Mantle next year. Who’s gonna be that one person we can turn to when nothing makes sense? Who’s gonna turn a hopeless situation into a rolling rally? Who’s gonna take a microphone in hand and tell us to chill the fuck out because Papa David’s gonna make things right?

Instead, I just had another couple beers. And watched the replay of that walk-off about a dozen times.

And that, as they say, was that.

[Side note: while Ortiz was, justifiably, the hero of the day, let’s give some props to the X Man. Twice, in the ninth and eleventh, he came to the plate with two outs and nobody on and got on base, allowing Papi’s heroics.

Xander Bogaerts Plays at Pawtucket… for About 250 People 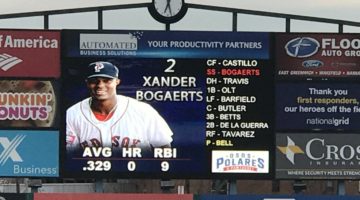