The Best Thing About Christian Vazquez Returning to the Red Sox 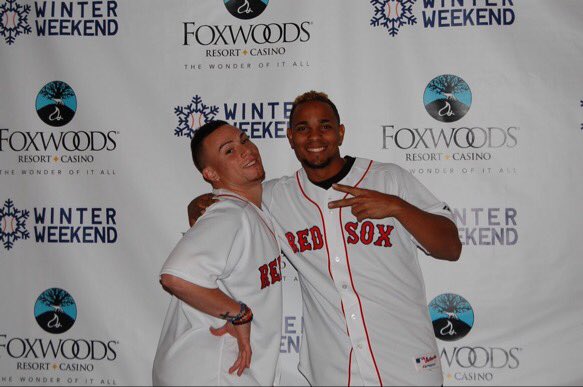 Christian Vazquez made his much-reheralded return to the bigs last night, and wasted no time reminding opposing players that there’s a new sheriff in town. Who is basically the old sheriff who got hurt and had Tommy John surgery and missed last season. But the fact is, he’s back now. And this quick strike ’em out/throw ’em out reminds us of how much we missed him.

Something else Vaz brings to the table? His ability to frame a pitch. Just look at the full-on Jedi Mind Trick he unleashes on this Koji pitch that, to the untrained eye, seems low and outside. But Vazquez smoothly slides his mitt into the zone and before anyone knows what’s going on, the ump sees things his way and it’s a called third strike. Apparently not fooled was Kevin Pillar, but that’s a minor detail.

This is just one of the skills that makes Vazquez an official “Friend to Pitchers Everywhere.” It should also be noted that on the night he returned, Rick Porcello turned in one of his best starts in a Red Sox uniform. That’s not saying much. But at the same time, it’s saying everything. After an opening week that had us questioning the long-term viability of our pitching staff, Vazquez’s presence could prove a positive factor.

Of course, the best thing about Vazquez returning is that we get new chapters in the ever-blossoming bromance between Vaz and Xander Bogaerts. The two were chums and roommates in Pawtucket back in 2013, and there’s no doubt that they’re each other’s biggest fans. It’s a synergy that can only pay dividends on the field.

Previous post Kelly and Kimbrel Come Through; End of the World Postponed