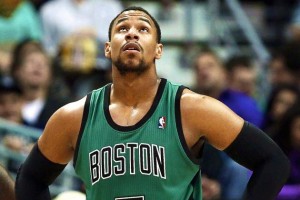 The Sox score eight runs and still get pounded by a weak Tampa Bay batting order with their ace on the mound. Instead of belaboring that shit-show, I’m doing a quick recap of Tuesday’s Celtics game for those who missed it.

All bitching aside, her is the actual game play-by-play for part of the third quarter:

Let me summarize that 1:07 of stellar play for Jared Sullinger: three fouls (one offensive), a missed shot and a turnover.

I wish that was just a bad stretch but it’s a pretty good sample of just how bad he’s been in the first two games. Not to mention being clueless trying to guard Hereford. Sullener spends most of the game wandering around with his palms up looking dumbfounded. Bench his lazy ass.

Next key to the game: ban all three-pointers. The team is 16-for-63 (25%) and a lot of those misses came in the first half of each game, helping to dig the hole.

Next post Shirtless Hanley Ramirez Cares Nothing for Your Silly Interview

Kid Caught Swearing at Celtics Game is My Spirit Animal 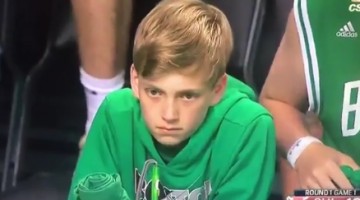