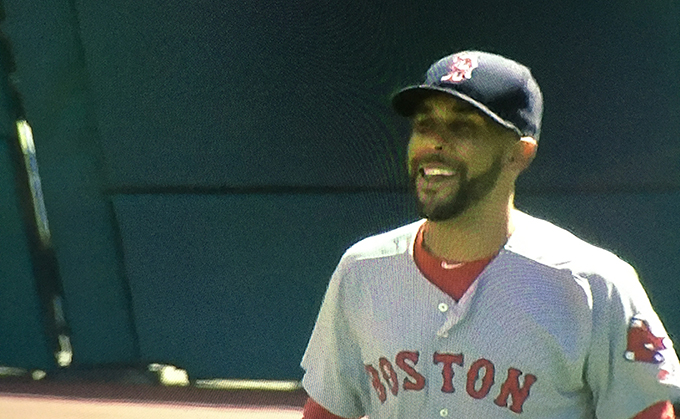 Back in 2001, when Red Sox ownership dropped a ton of money on free agent Manny Ramirez, more than a few eyebrows were raised. But then ManRam stepped to the plate for the first time as a Red Sox for the Fenway home opener and drilled the first pitch he saw over the monster and into our hearts. The place went apeshit, and a love affair blossomed. More important, a million armchair owners across Red Sox Nation nodded their heads in approval.

I felt a bit of the same vibe yesterday, watching David Price justify every penny of his outrageous contract, dispatching the Indians with relative ease and striking out 10. In fact, the entire day went so perfectly, you’d have sworn that Red Sox ownership was behind a curtain in left field, pulling the strings. Price left after six, giving way to clean innings from Tazawa and Koji, with another new acquisition, closer Craig Kimbrel, striking out two in a hitless ninth to secure the victory. In fact, in the throes of PriceMania, I’m guilty of overlooking just how potent a weapon we got in Kimbrel.

As if that wasn’t enough to satisfy, we also had home runs from David Ortiz and Mookie Betts, as well as another crazy catch from Mook that was enough to make you remind yourself that the guy came up as a second baseman.

It was only one game. The first couple steps of a long-ass marathon of a season. But after two consecutive years dwelling the cellar of the AL East, it’s nice to come out of the gate with more exclamation points than question marks.

Next post "When the Light Goes On, Papi Goes On."