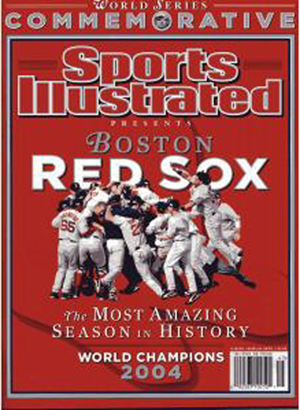 Pitchers and catchers still have yet to report to their respective spring training complexes, which means that Major League Baseball is still in its long winter’s nap. The Hot Stove season, usually rife with trades and free agent deals, has not been as tumultuous as it has been in years past. However, it’s not too early to start taking a look at the odds that the teams currently face to win the 2016 World Series. If you are wanting to make a bet on your team, here are the most recent odds you will find at any online sportsbook.

Chicago Cubs 4/1
Despite the fact that Jake Arrieta was the most dominant starting pitcher in the National League, the Cubs were hurting for starting pitching down the stretch. Jason Hammel had a solid season, but in his postseason appearances, he posted a 14.55 ERA in his two starts, basically playing a major role in the Cubs’ loss. He had shown some signs of wear in the second half, producing a 5.10 ERA after the All-Star break. The Cubs had added Dan Haren at the trade deadline, but he didn’t pitch well enough to make the postseason roster. In the off-season, the Cubs picked up John Lackey, who posted a monster 2.77 ERA in St. Louis, and Adam Warren, which should make their rotation a lot stronger — and you already knew they had a monster offense.

Washington Nationals, New York Mets, L.A. Dodgers 10/1
The Nationals have already shown a lot of postseason fragility, and I don’t see that changing anytime soon, especially after the team unraveled down the stretch, complete with their own dugout brawl. The Mets, frankly, were terrific, and their rotation should be solid once again. The Dodgers will be competing with a new manager — and without Zack Greinke, who signed elsewhere in the division, taking some fat stacks from the Arizona Diamondbacks.

San Francisco Giants, Houston Astros, Boston Red Sox 12/1
The Giants are always a threat as long as they have Buster Posey behind the plate, and they can usually cobble together a decent rotation. The Dodgers will be down as they only have one ace, but the division will be more competitive. The Astros were already picked to win the 2017 World Series by Sports Illustrated, so what they’re doing now is just gravy — they’re just going to get better. Boston was a dumpster fire thanks to their underwhelming free agent class.

St. Louis Cardinals, Kansas City Royals, Toronto Blue Jays, Cleveland Indians 16/1
There are some flaws for each team here: the Tribe need to learn to hit; the Cardinals have to replace John Lackey and deal with the Cubs and Pirates; the Blue Jays need to avoid a hangover, and the Royals are in the same boat.

Pittsburgh 18/1
Personally, I would have this team at about 12/1, but with the Cardinals and the Cubs taking all the press noise, this team always gets underrated.

Texas Rangers 20/1
Yu Darvish will be back; Derek Holland will be back at full strength. This team already caught the Houston Astros with a dynamite second half. This might be the best bet of the whole list right here. 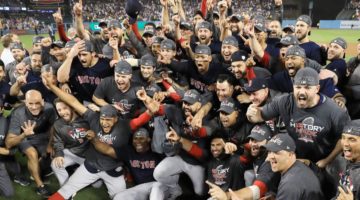 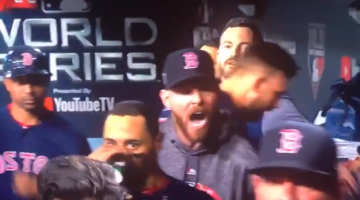