In Baseball and Soccer, John Henry Stands by His Man 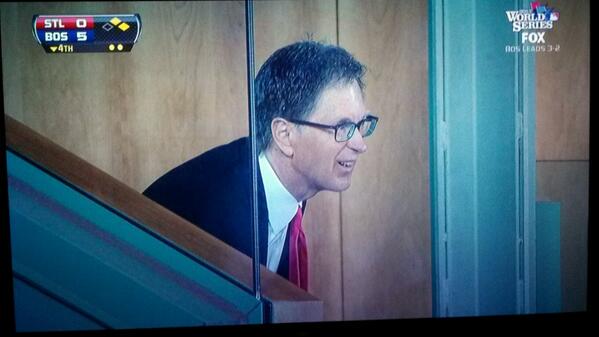 John Henry was pretty unequivocal about a month ago that John Farrell would be staying as Red Sox manager and, even with the events of the past few weeks, it’s hard to see him changing his mind. Since Henry stated his belief that he had the right team and the right people for the Red Sox in Farrell and general manager Ben Cherington, there has been no huge improvement in results.

The Red Sox have still been losing more games than they win, including a seven-match losing streak in mid-June. And then there has also been the dug-out confrontation between pitcher Wade Miley and Farrell. That led to suggestions Farrell needs to be tougher with his players. He’s certainly not carrying the same authority he displayed when he started the job in 2013 in a year which ended with the Red Sox winning the World Series.

Yes, is it really less than two years since Farrell took the team to World Series glory? Henry is certainly showing plenty of patience with Farrell, but perhaps because there is no outstanding team in the American League East, he is prepared to stick with his manager a little longer. The Red Sox maybe bottom of the standings, but it’s still not a forlorn hope that they could make the play-offs. Finding a free offer with BritishBookmakers.co.uk and having a punt on the Red Sox to win the World Series, or at the very least, the AL East, isn’t the most outlandish suggestion ever.

Henry’s faith in Farrell echoes the way he has shown the same level of support to the Fenway Sports Group’s other major sporting concern: Liverpool Football Club. After Liverpool finished sixth in the English Premier League last season, there were lots of rumors that manager Brendan Rodgers would be sacked, especially after the team had finished second the year before.

Given Rodgers has been in charge at Liverpool for three years now, it would certainly have been no surprise if he had been sacked after failing to qualify for the Champions League. Instead, after an in-depth review, Rodgers was given the backing to carry on and he will also be financially supported in signing new players. Sure, he will be under pressure as soon as the new season starts, but his situation shows Henry won’t make a knee-jerk reaction because people are calling for the manager’s head.

If the Red Sox do fail to make the play-offs, then the end-of-year inquest is probably going to be even grimmer than it was at Liverpool. With the highest payroll in the team’s history and over $250million spent on Hanley Ramirez, Pablo Sandoval and Rusney Castillo, questions will be asked and answers demanded.

It could ultimately lead to Farrell, or Cherington, leaving their positions at the end of the year. But the way Henry has been handling things so far offers no indication that he is prepared to ditch his manager or general manager midway through the season.

Unless there is a really catastrophic run of form, then recent experience in FSG’s dealings tells you the manager is going nowhere soon.

Next post Red Sox Could Still Win It All: A Totally Sober Guy Explains

Previous post For Red Sox, Getting Clayed is Now Officially a Good Thing