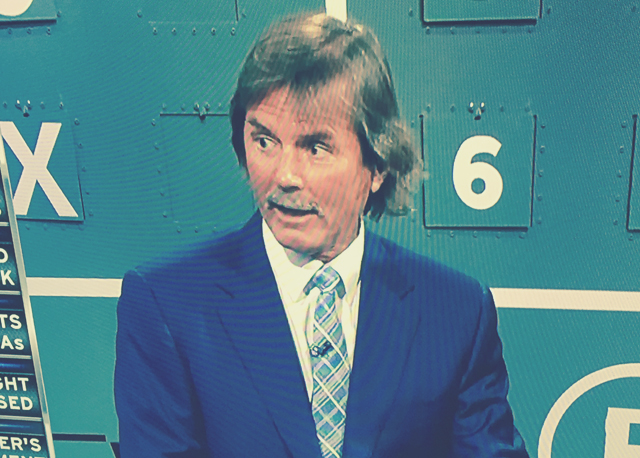 Okay, so the Red Sox lost again tonight. That much you could have probably figured out based solely on the fact that the Red Sox played tonight. But the evening was not without its highlight. In the fourth, when John Farrell lifted Wade Miley after Hazzard County’s favorite son gave up his third home run of the night and was clearly working with the finesse of a guy tossing a hot iron, the pitcher gave Farrell what for in the dugout in plain view of NESN’s cameras.

The incident got lots of folks talking on Twitter, most taking Farrell’s side but lamenting the fact that the skipper has pretty much lost control of his clubhouse. Indeed, in the post-game interview, Farrell calmly chalked up the outburst to Miley’s “competitiveness.”

Good thing we’ve got Dennis Eckersley to lay down the law. On NESN’s postgame, Eck tore Miley a new one, claiming he thought the guy was “on acid” when he started bitching out his manager. Then came this verbal piledriver:

Game over, Wade. Game over.

Meanwhile, NESN: You gotta get Eck his own show. I even have an idea or two for ya.

Next post Red Sox Determined to Prove they Can Lose Any Game, Any Time

Previous post On the road again, on the ropes again