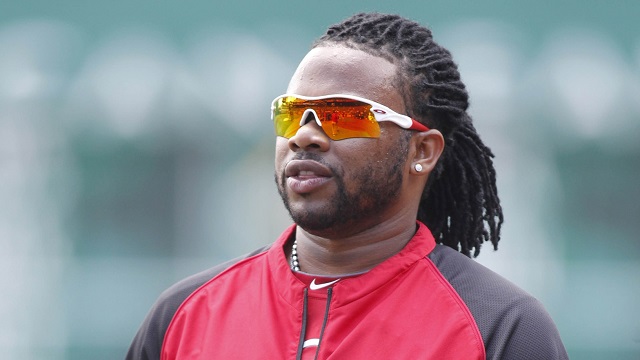 Currently bottom of the American League Eastern division and facing very little prospect of making the play-offs, the Boston Red Sox will be desperate to try and strengthen their struggling roster during the trade season. Ben Cherington could well be one of the busiest general managers in the MLB in July, and the Red Sox’s slim hopes of salvaging something out of a season in which is on the cusp of going down the plughole could depend on coming out of the trade window with a couple of new starting players. One area in particular that the Red Sox need to address is at starting pitcher, and the franchise are rumoured to be weighing up a move for Cincinnati’s Johnny Cueto.

The loss of Jon Lester to the Chicago Cubs was a clear indication the Red Sox needed to strengthen their bullpen. And with them currently being ten games below .500 and eight games behind the division leaders, that need has now turned into desperation. With bookmakers such as 32Red pricing the Red Sox at around 3s to top the AL East this season, it’s clear adding some pitching talent to the roster between now and the end of the trade window is a priority if they are going to have any hope of cutting the gap between themselves and the Yankees. So it was not surprising to see the Red Sox linked with Cueto as soon as the Reds pitcher made it clear he is open to the possibility of a move away from Cincinnati. The Dominican pitcher certainly ticks all the right boxes for the Red Sox.

In every season since 2011, the right-hander has recorded a run average of under 3.00, including during an injury-plagued 2013. When comparing Cueto’s stats with the current Red Sox starting pitchers this season, who boast an abysmal run average of 4.71, it’s not hard to see just why Boston need someone in the mould of the 29-year-old. But on the back of a sensational 2014 in which he earned All Star status on his way to finishing second in the Cy Young voting, it remains to be seen whether Boston would be willing to pay what it would take to sign Cueto.

With his current deal at Cincinnati set to expire at the end of the 2015 season, the Red Sox would have to shell out a significant sum to convince the pitcher to leave the Reds now and move to Boston.

So while Cueto would be an ideal pitcher for the Red Sox to solve their current problems, Cherington may feel committing the franchise to such a big financial ask at a time when they are struggling could end up being a short-term fix to a problem that needs to be properly solved.

There are cheaper options out there but the Red Sox could decide to wait until the end of the year before trying to properly address their bullpen weaknesses. For the in-demand pitcher, though, a move to the San Francisco Giants or the Detroit Tigers could be on the cards. Both of those outfits could be well worth a bet with the likes of 32Red or PaddyPower to go all the way this year. The Yankees have also been linked with holding an interest in Cueto, and the pitcher could end up in the AL East after all, just not with the Red Sox.

A pitcher who looks to be on his way out of Fenway Park over the next few weeks is left-armer Tommy Layne. Having signed a minor league deal with the Red Sox in 2013, the 30-year-old has breathed fresh life into his career and now finds himself as one of the most in-demand pitchers heading into this trade period. With his current deal set to expire at the end of the season, the Red Sox will be looking to take advantage of some other teams’ desperation and cash in on Layne while he’s at his hottest. After rocketing from just one of many relievers in the bullpen to one of the most dangerous lefties in the league, it was only a matter time before comparisons were made between Layne and Craig Breslow, and there is also a chance the former Arizona pitcher signs a new and improved deal to stay in Boston.