Thank You, Joe Kelly, For Letting Me Go Outside Today 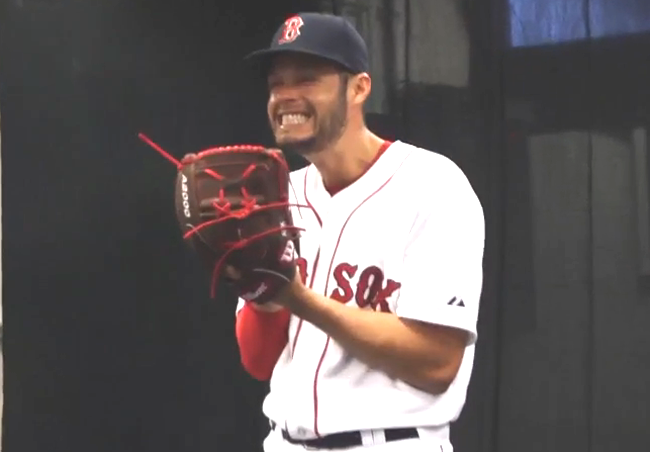 This is a holiday weekend, and there are things you’re “supposed” to do on long weekends in the warmer months. Like go outside, hang with friends, drop back a few hundred brewskis, engage with the family, toss frisbees at homeless people, dress up as Millard Fillmore and hit City Hall Plaza, and cut the crotch out of every pair of “Dockers” in your closet.

Thing is, when the Red Sox are playing well, I cant unglue myself from the TV long enough to do any of those things. I gotta soak in every blessed moment, and then there are blogs to write and vines to loop and GIFs to create and shit takes time. Before you know it, I’ve spent 72 hours in my home office, wearing the same clothes and having consumed nothing but Coors Light and Entenman’s fudge cake.

Today, I was headed down the same path. The Sox were on a motherfucking roll, after all. Who’s got time for cookouts and parades? So I got up, gave thanks to those whose sacrifices earned me the freedom to say “screw pants,” and fired up NESN.

Twenty minutes later, I was outside in my backyard in a hammock, soaking up the sun and smelling fresh-cut grass. And it felt good.

So thank you, Joe Kelly, for letting me enjoy the day. By giving up seven runs on eight hits in just 1 and 2/3 innings, you put the game safely out of our reach and made it kinda pointless to stick around to see how it all plays out.

I should probably thank John Farrell too, who continues to pull head-scratcher after head-scratcher. For example, over the weekend, he moved X up to the five spot in the line-up, placing him ahead of Napoli. The result: Nap when home run crazy and Xander had a 4-for-4 Sunday. Today, having apparently learned nothing from this, Farrell dropped X back to number 7. X responded by going 0-for-4. Is he looking at the same games we are? Is he taking his orders from a secret base on the moon? Is he determined to spend his later years running a Taco Bell franchise on the Cape?

Honestly, I can’t figure this team out. One day, they look like world beaters; the next, they’re hapless. If I was into baseball betting, I’d probably use this sportsbook to bet on the Sox closing the season at an even .500. They’re just not consistent enough to get into the kind of groove you need to make the postseason.

Then again, they’re playing in the AL East. You, me and a couple random Home Depot employees could put a team together and compete.