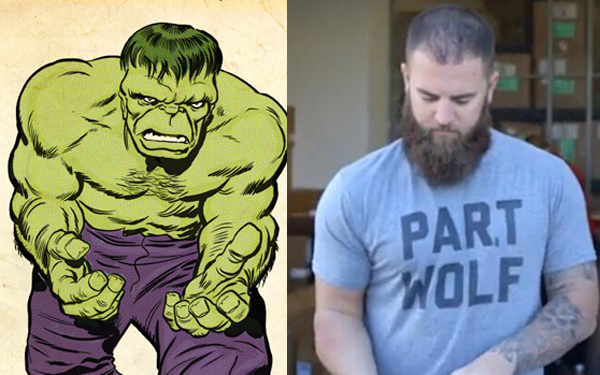 Let’s face it: most of the first two months of this season have been largely forgettable for Mike Napoli and at least forty percent of his facial hair. He spent most of that time looking up at the Mendoza line, and I’m gonna blame most of that performance on the bizarre Ryan Dempster-esque coif he was sporting. Mike Napoli is a guy who needs to go full buzzcut or go home. Anything other than that, and he’s your hipster uncle who still works part-time at the record store.

But back to the hitting: Everything was going shittily until his former teams showed up at Fenway. He had four hits across a three game series with the Rangers, then Mike Scioscia’s Angels hit town, and all bets were off. Nap went 5-for-9 in the series against Anaheim, but 4 of those hits were home runs. Here’s the one he hit Sunday, in case you were too drunk to notice it:

The only way Nap could have have sent a stronger message to his former team would have been if he took 300 photocopies of his ass and had the clubhouse kid deliver them to the Angels’ dugout. I’m still not sure he didn’t.

Nap wasn’t the only hero of the day. Pedroia made a sweet, vine-worthy play to steal a hit:

And Xander Bogaerts went 4-for-4 to raise his average to a nest-among-the-regulars .290. We love X, so we’re fine with this. 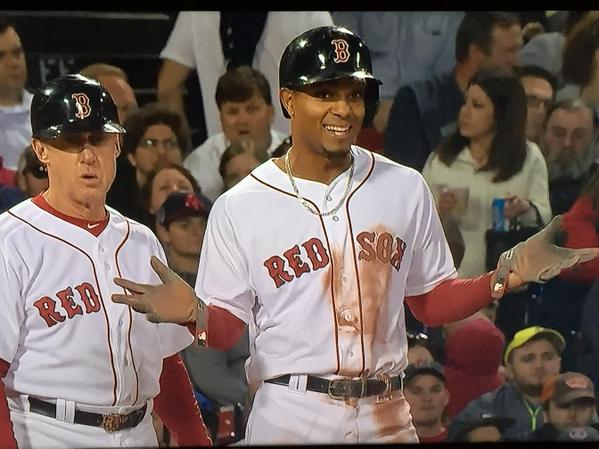 The million dollar question, of course: is this a fluke or a full-blown turnaround? Is this just a destined-to-go-.500 team trending up for a moment or the start of a 10 game tear that puts them atop the East to stay?

I gots no idea, brothers. But it’s Memorial Day. Don’t think too hard, remember those who died for your freedom, and get ready for hot Boston-on-Minnesota action at 1:00pm.

Next post Thank You, Joe Kelly, For Letting Me Go Outside Today