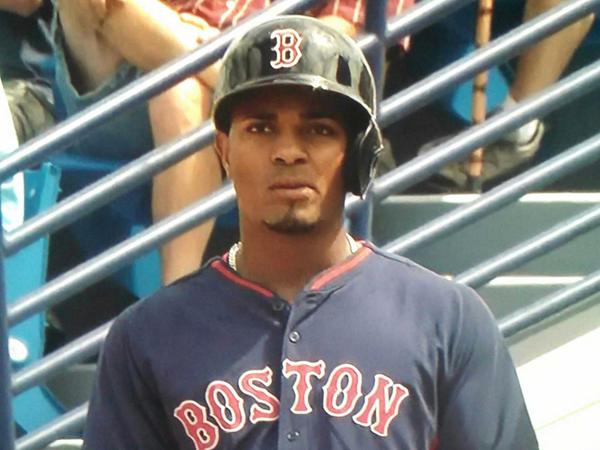 We’re less than one week into the grapefruit games and I know the importance of keeping things in perspective. Shit, last year around this time I was sizing Grady Sizemore up for “comeback player of the year” so you don’t have to tell me about the best laid plans of mice, men and John Farrell.

That said, if there’s one thing I’m happy to see, it’s young Xander Bogaerts looking so good out of the gate.

In the haze of his struggles last year it was easy to lose sight of just smoothly he slid into our hearts and minds during the 2013 postseason. Cast among the superstars and journeyman players on the sport’s biggest stage, he looked at times like a seasoned vet. Calm, cool, collected and making shit happen. And, on top of it, a sweetheart of a guy by all accounts.

My favorite Bogaerts moment came in game six of the 2013 ALCS. And, yes, it’s impossible to look at that game as anything other than The Shane Victorino Happy Hour. But earlier in the fifth, when there was still no score and Max Scherzer was making a pretty good case for a game seven, going 14 batters without surrendering a hit, Bogey stepped to the plate with two outs and nobody on. On a 3-2 count he launched a screaming drive to left center that, had it been just a few feet closer to dead center (or had John Henry invested in a goddam wind gun for the Monster seats), would have ended up in the bleachers. Instead, he got a double and was knocked in on the next pitch to Ellsbury.

But the seal was broken. Making that double all the more important.

It was that moment that kept replaying in my head as Bogaerts fumbled through last July and August, amidst “L’affaire de Drew.” I knew he had it in him. I knew that guy from the 2013 postseason was in there. It was just a matter of reconnecting with him.

With two home runs in less than a week of spring training games, it seems Classic Xander may be back. Which just makes me anticipate the start of the season even more.

A handful of grapefruit games don’t mean a goddam thing. There’s still snow on the ground in Boston, for Christ’s sake. And the odds on the Red Sox winning the World Series this year currently stand at
12/1 or +1200 (according to www.standardperhead.com).

But maybe, just maybe, these games mean everything.

Either way, I will be rooting my balls off for young Xander B. You probably should, too.

Next post The Importance of Being (and Keeping) Mookie Betts