A Legend Is Born 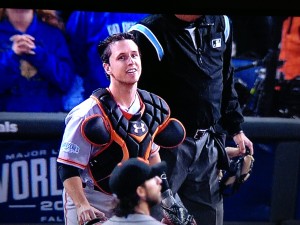 Full disclosure: I watched exactly one half of one inning in this entire series. Without a dog in the fight and no real interest in either team, it was not worth the effort. I’d check the score once in a while and hear the final the next day. Luckily for me, the half inning I did see was the bottom of the ninth in game seven.

After watching two quick outs and nobody even close to hitting Bumgarner, I knew the end was near. The Royals were flailing away at eye-high fastballs like Jason Varitek at the end of his career. Then, a misplayed ball put Alex Gordon on third, and there was renewed hope. But Salvador Perez couldn’t lay off the high heat, and a pop-up in foul ground sealed the Royals’ defeat.

I didn’t really watch the replay, but was there any chance Gordon could have scored? It would have been a hell of an ending, or extra innings in game seven. Either way, better than a foul out. I do have to gibe the Royals fans props; they were loud to the bitter end. How I wish they had pulled it off.

My favorite part of the whole thing is captured in the picture above. That look that Buster Posey gives Bumgarner when he realizes Sandoval is going to make the catch is priceless. I can’t tell if he’s in love with his pitcher, or if it’s more os a knowing, “when-you-get-done-nailing-Erin-Andrews-in-the-locker-room-you-need-to-think-about-which-hot-celebrity-you’re-gonna-tap” look.

Silly name or not, Bumgarner was legendary. It could have been two wins and a five-inning save, but the official scorekeeper gave the win to Bumgarner. He was amazing in every appearance, none better than last night’s effort on two days’ rest. Three championships in five years is impressive. After the dismal Red Sox season, seeing the magic of a World Series champion being crowned has me thinking about next year.

Now, let the off-season begin and start the countdown to April.

Next post Would You Have Sent Gordon? A Drunk Person Asks 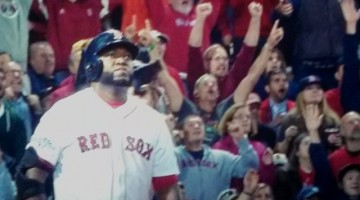 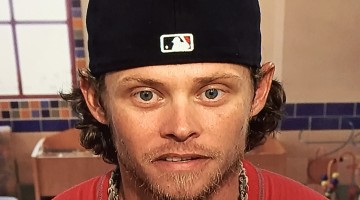 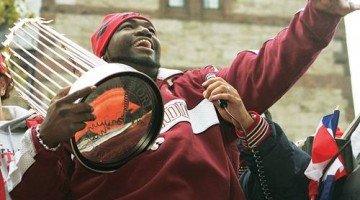