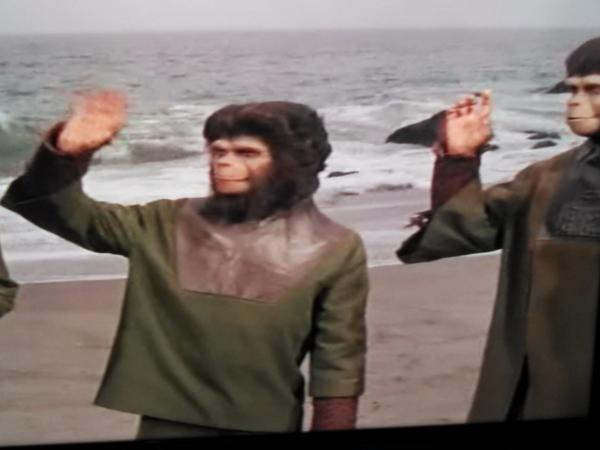 This is me. Just wavin’ goodbye.

So if you woke up this morning wondering if the Red Sox might be sellers at the trade deadline, the resounding answer was F$%K YES, THAT IS EXACTLY WHAT THEY WERE DOING. The day started with Jon Lester and Jonny Gomes, two guys too cool to worry about f%^king “H’s” in their names, getting sent to the Oakland A’s for Yeonis Cespedes, a name that I will create at least 4,000 mispellings of before next summer. Considering we’d been counting on getting not much more than a couple top prospects for Lester, landing the reigning home run derby champ was kinda like a bonus.

Anyway, before there as time to even digest that, Ben Cherington realized there was still someone named “John” on the team, and immediately traded John Lackey to St. Louis for Joe Kelly, the pitcher, and Allen Craig, the outfielder, who was last seen recreating the “Dick Van Dyke falls over the ottoman” scene with Will Middlebrooks in game three of the 2013 World Series.

The might be enough for mere mortals, but Ben was just warming up. Before the day ended, he sent Andrew Miller to the Orioles for pitcher Eduardo Rodriguez. And then, in a move that surely set the Bogaerts household into full party mode, he traded Stephen Drew to the Yankees for Kelly Johnson, who is currently on the DL and will likely never suit up for the Sox. Nothing like a deal with Brian Cashman to put an exclamation point on the day.

Anyway, it was a lot to digest, and I’m still not sure I have my arms around it. But there’s a lot of good to be mined here. Sure, after losing their top two pitchers, the Sox need to beef up their rotation. But they’ve got a lot of time to make some deals before now and opening day 2015. Right now, they’ve got a couple months to see what everyone’s got and get the new guys comfortable with playing at Fenway.

As a guy who loved every minute of what 2013 brought us, I’m gonna miss a lot of these guys. Jonny Gomes may not have been hell with his bat, but he said all the right things and brought that Kevin Millar je ne sais quoi to a team that was struggling to find an identity after 2012. Plus, he did this:

And I have Lester and Lackey to thank for what was probably my favorite post-season interview moment of last season:

Hell, I can’t even hate on Drew today. The guy couldn’t hit worth a lick, but by all accounts he was a solid teammate, not to mention the defensive vacuum that saved more than his share of runs in the 2013 playoffs.

So as the dust clears, the final tally on 2013 players who have left us in the last week include Jake Peavy, Felix Doubront, Jon Lester, Jonny Gomes, Stephen Drew, Andrew Miller and John Lackey.

Of course, Lester becomes a free agent this winter. And I can’t help but wonder if he’ll be back. 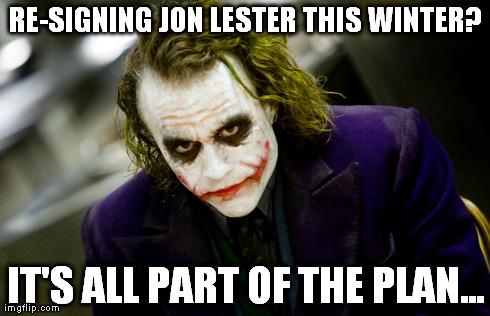 It’s easy to get sentimental about baseball and the players that come and go. And 2013 was a special year. Lightning in a bottle, you might say. The right guys at the right time. Yes, I’m sad to see some of them go, but I’m also excited to see what the future brings. And the future starts tomorrow night against the Yankees. 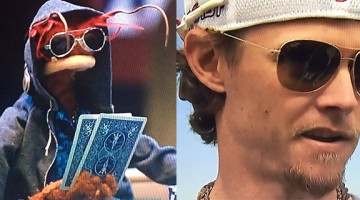 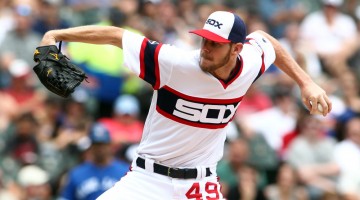