Red Sox Management Has a Plan for Jon Lester. I Hope. 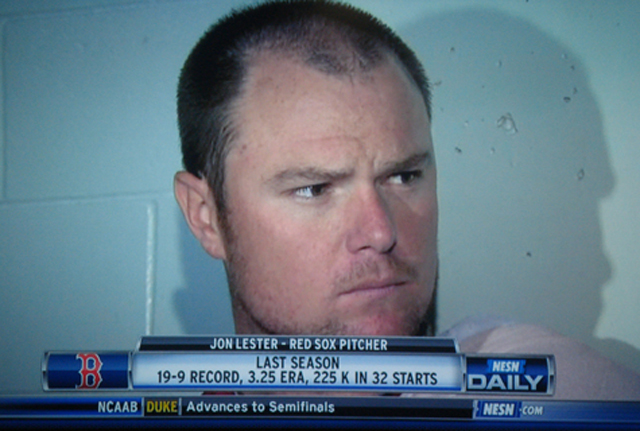 I know the Red Sox have made some shit moves over the past few years. Dropping truckloads of cash at the feet of Carl Crawford. Predicting that Adrian Gonzalez would make Fenway Park his bitch. Bobby V. The list goes on.

But there’s one thing I think they understand clearly: that Jon Lester is an unquestionable stud, a proven ace, a bad-ass motherf$%ker in the playoffs, and the de facto soul of this Red Sox team, right behind David Ortiz. And while I’ve caused irreparable damage to my neck muscles from a lifetime of shaking my head at ownership’s moves, I’ve got a weird feeling — call it the same blind faith which made me assume Ramon Martinez must be as good as his brother Pedro — they’re not gonna f$%k this one up.

There are three ways this thing could be unfolding behind the scenes: one is that Lester and the Sox simply do not see eye to eye and a long-term deal isn’t happening. In that case, moving him now to get something of comparable value is critical. You don’t let Jon Lester walk and have nothing but a draft pick and a sack of Kit Kats to show for it (some teams do still use Kit Kats as currency, right?).

Another is that they’re honestly floating the guy out there but aren’t getting the kind of offers they’re hoping for. The way this thing’s been playing out — rumors, “I don’t wanna go” quotes from Lester, the scratch for tomorrow’s game — seems the antithesis to the team’s last big move, the unloading of Beckett and crew, which was constructed almost entirely under the radar and hit us all by surprise. When things are this loud and drawn out, I almost always get the impression that it’s all noise and little action.

Yet another is that they’ve cut some sort of “gentleman’s agreement” with Lester. “You go here for a couple months, we get some prospects to package for Giancarlo Stanton, wink wink, you come back in November for this much money.” ::pushes envelope toward Lester.:: Lester gets traded, helps some other team get to the postseason, then signs back into the fold this winter.

Of course, that last one would be the best case scenario for the Sox, which is why it’s probably the least likely. It would certainly be unusual in this era of player’s unions and hungry agents and bidding wars and teams willing to overpay by tens of millions of dollars. But I’m gonna cling to it anyway. Because “unlikely” has defined most of what this team’s pulled off in the past decade. And because it’s all I got.

The Red Sox are going nowhere this season. We know this. Keeping Lester around to toil with a group that’s lost its spirit and at best might break .500 makes no sense when three months of his services can buy us some top-tier talent in return.

It might not be an easy solution, but it’s not unprecedented. Back in 1995, the Red Sox got closer Rick Aguilera from the Twins at the trade deadline while we were playing a set in Minnesota. So Aguilera literally walked from one clubhouse to another and was sent to strike out his former teammates less than 24 hours after the deal was sealed. That winter, he bolted back to the Twinkies, kindly referring to his time with the Red Sox as one of the worst things that ever happened to him.

Lester has made it clear that this is where he wants to be. Ownership has to understand his importance to the team’s ongoing competitiveness, not to mention that the man’s beloved across Red Sox Nation. Pulling an Aguilera could be a win-win for everybody, even if it seems as solid a plan as building the fake Rock Ridge in Blazing Saddles.

All In know is that I dropped some coin on tickets to tonight’s game thinking I’d be seeing what could be Jon Lester’s last game in a Red Sox uniform. Instead, with the news that Lester’s been scratched, I’ll be watching Brandon Crawford and the Can’t Hit Kids. And watching my phone for the trade updates.

Next post Lester and Gomes to Oakland, Cespedes to Boston. City Starts Drinking at 10:00am.

Previous post If the Red Sox Trade Jon Lester, Someone Must Pay 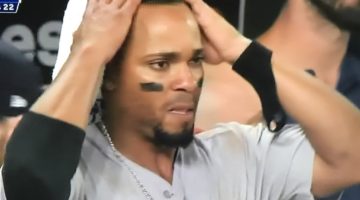