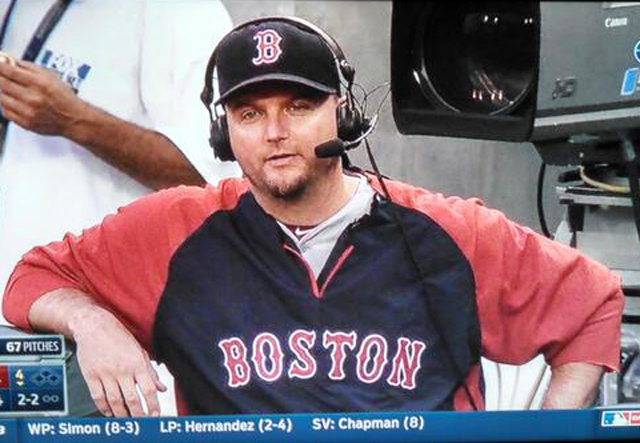 So it’s been a week since I was DFA’ed. And yesterday, my ties to the Boston Red Sox were officially cut. So now I’m out here, floating through Major League Baseball like some great, untethered zeppelin just looking for a place to call home for a couple months. And I’m fine with that. Maybe I’ll latch on to a team that ends up officially eliminating you guys from contention on an accidental bloop single off my bat. That’d be kinda cool. Or maybe I’ll just hang out at my brother-in-law’s pub and bait shop and swill craft beers all day while figuring new ways to spend the money you paid me. Either way, I know this is just business, and that’s how it goes.

What I’m finding hard to swallow, however, is this bullshit smear job you guys have been pulling on me since I was unceremoniously dumped. I mean, it’s not like anyone on the team made it easy on me. On the very first day I showed up at spring training, a couple goons pulled me aside, explained that I parked in a spot reserved for Ortiz’s son’s minibike, and whipped me with a chain. But hey, I’m a professional. I figured it was some sort of hazing thing, like my first day with the White Sox when they told me that holding Scott Podsednik’s balls in the shower was part of my job description. Who am I to question?

Turns out, though, that you guys made up your minds long ago that I wasn’t gonna get in your little clique. How else do you explain the way you’d all drone on for hours about how awesome it was when you all had beards last year, when you know damn well that due to an injury suffered on a summer camp visit to a candy factory, when my pores were sealed with caramel, I’m physically incapable of growing one? Or how someone would yell, “Salty woulda had that!” whenever I’d drop something in the clubhouse? Or how I’d return to my locker after each game to find that someone had set all my clothes on fire.

And that crap about me being aloof and always on my phone in a corner of the clubhouse? For your information, whenever I was on my phone, I was checking in on Babatunde, an orphaned boy in Uganda whom I’ve been financially supporting since his village was decimated by pirates and/or robots (I was never very clear on the specifics). Babatunde is unable to speak due to the mouth disease he’s contracted from a lack of fluoride in the water supply, and I sent him a smart phone so we could text each other. So PARDON ME if I was trying to bring a smile to the face of an orphaned Ugandan boy with no shoes and shitty teeth and didn’t have time to listen to yet ANOTHER story about how Jonny Gomes wanted to track down the Marathon bombers on his own or how Mike Carp becomes photoflourescent after drinking Mountain Dew. And if I have to see Napoli shotgun another canned ham… well, let’s just say it’ll be too soon.

As I said, I’m a professional. I’ve been here before. You don’t get to be “the most hated man in baseball” without getting used to teammates throwing shade. I’ll just close by saying if you’re gonna come out and tell the world what an asshole I am, you might want to let them in on your own special brand of hospitality.

Next post So How Did You Spend the All Star Break?

Previous post How Fox Ruined The All Star Game