Eight Games Back? Red Sox, We Can Do This. 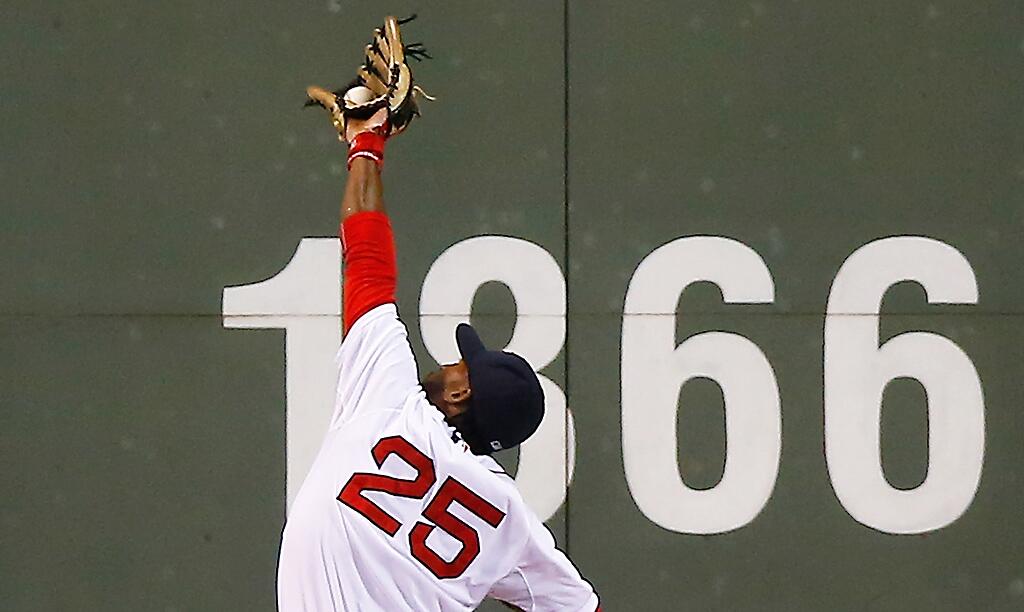 What a difference one game makes. Wednesday night I was washing my hands of any playoff aspirations. Now, after seeing the Sox take down the Indians at Fenway, I’m thinking 8 games back never looked so do-able.

Not that tonight’s win was pretty. In fact, it was a wonderful mash-up of everything I love and despise about the 2014 Sox.

On one hand, we had squandered opportunities, base running gaffes (to the point that every Napoli swing around the bases should have required the “Benny Hill” theme) and some ugly-ass errors.

But we also had a Papi home run, a 3-for-4 night from Nava, a nice bounce-back effort from Jon Lester, another multi-hit game for Brock Holt and a SportsCenter highlight from Jackie Bradley Jr, who made a sensational catch against the Wall, then launched a Nap-seeking missile to first base to double off the runner.

Gotta say I did miss me some Xander in the line-up tonight, as Bogaerts got the night off to hopefully break him out of his slump. He’s been one of this season’s brighter stories and I hope he gets his groove back soon.

Meanwhile, after some streaky patterns, the Sox have now gone W-L-W-L-W in their last five games. If that doesn’t perfectly sum up this crazy-ass season, I don’t know what does.

Lackey tomorrow night, people. Pray for two in a row!