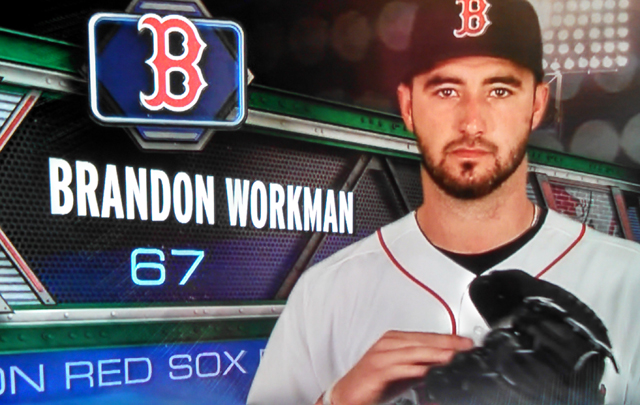 Look, I’m shitfaced and it’s way past my bedtime, so horrible puns like this are allowed. And all I know is that after Lester and Peavy fumbled through their last outings, we needed someone to right the ship and just get us a motherf$%king win.

Tonight, that guy was Brandon Workman, who set down the Orioles in grand fashion, allowing only one hit through 6 and 2/3 — and that first hit didn’t come until the sixth. Adding to the magic is the fact that the game was beset by a couple rain delays, which I’ve always assumed to be excuses for players to start mainlining whiskey in the clubhouse (how else to explain Rick Dempsey’s antics?). But Workman kept a-rollin like the train in that Aerosmith song and secured a 1-0 win that, let’s face it, we needed badly.

Our only run came courtesy of a Mike Napoli single knocking in — who else? — Brock Holt, who can pretty much have his mail delivered to first base with all the hits he’s getting. I would be remiss if I didn’t mention at least three defensive gems by Xander Bogaerts.

Oh, and Pierzynski missed a two-run home run in the eighth by about a foot.

Right now, we’re collecting babysteps. The Blue Jays lost. And by beating the Os we gained a game on them, too. But it does almost no good to look at the standings. Instead, we look at this team. And how in the midst of a string of wretched games, they’ve pulled together some gems — like tonight’s game — that remind us they’re the defending world series champs.

Previous post "Dong, Where is My World Series Title Defense?"