Red Sox Behind the Eight (Losses in a Row) Ball 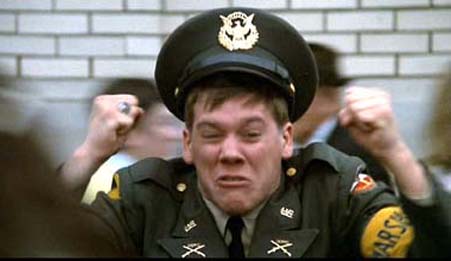 Say what you will about the guy. Make the jokes about fragility and desire and gumption. Whatever. The motherf$%ker got on base. And that’s something none of the Red Sox seem to be doing exceptionally well in 2014. Last night, the top third of our order went 1-for-10. And when that happens, you’re just not going to score a lot of runs.

Yes, seeing yet another stellar performance by Lackey get wasted is infuriating. But our problems run far deeper than one game’s result. The Sox are failing on almost every level and nothing they’ve done this season would indicate that they’re capable of digging themselves out of the basement. Of course, there’s the odd thrill of seeing if the team can actually go from worst to first back down to worst. But let’s wait at least until the All Star Break to make those predictions.

Right now, they just plain suck. And the suck is so evenly distributed, it’s tough to pinpoint where the real problems are. But here are some places to start:

1. Enough with the Grady Sizemore. It was a cool story to start the season. Now I get suicidal every time the man steps to the plate. If Sizemore was one of Arnim Zola‘s experiments, he would have been chloroformed three months ago. Just let him go, Red Sox ownership. Let him go.

2. Invent time machine, go back and keep Salty. Look, I was never a huge Saltalamacchia fan when he was here. But the guy seemed to handle our pitching staff well. And he also looked like he was at least trying. Pierzynski runs the bases with the casual air of a guy doing a guest spot on The Love Boat. “And the throw beats Pierzynski” is currently the most-uttered phrase on NESN. Or so it seems.

3. Bring back Nava. I wasn’t all that happy seeing Daniel hack away to no avail at the plate. But now that everyone in the line-up is doing it, why not bring back a guy who at least showed some prowess for getting bat-on-ball last season.

If none of that works? I dunno. The team could still turn it around. A mid-summer jump start certainly isn’t out of the question. But if they’re 10 games out by the end of May, it might not matter how well they do down the stretch.

Either way, I’ve still got a shiny 2013 World Series DVD set to keep me happy. Which is more than most other floundering teams’ fans can say.

Next post The 2014 Red Sox: Good Enough for Me and Bobby McVee