The Face That Will Bring Us To The Promised Land? 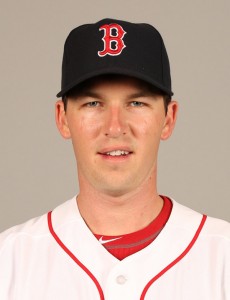 I only have one question about the Red Sox signing Stephen Drew to a one-year (prorated) fourteen million dollar contract: WHY?

When the rumors started a few days ago, I dismissed them as being the same type of lunatic rants that you would hear from any struggling team. You know, typical sports radio nonsense like Sully from Southie calling in and suggesting the Sox trade a AA prospect for Mike Trout. Just plain silly.

I would just like to remind everyone we’re talking about a guy who batted .253 last season and went 6-for-54 in the playoffs (a lofty .111 batting average). Sorry, he is NOT the answer. And I know the “he plays awesome defense” crowd will rise up in protest of my post, but does anybody really think a few more ground balls fielded cleanly is going to fix the Sox?

They need some legitimate offense, and Drew is not going to provide it. They are hitting .243 as a team with an OBP of .330 – Drew is not going to help those numbers! Victorino, Ortiz and Pedroia are the only players hitting over the .270 mark. I repeat, Drew batted .253 last year and has only had two seasons where he hit above .270…and do you even want to talk about injuries?

This is a bad move, there’s no other way to look at it. Unless you like to see a Red Sox player make a web gem every once in a while, then you should be happy with the ten million bucks the Sox just threw out the window.

Next post Red Sox: Please Turn Off The Suck Machine