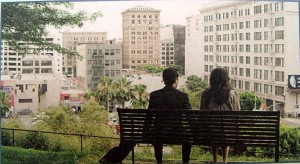 Here we are, finally back to an even record since the team was 2-2 back in early April. The question is; where do we go from here? Does this team have what it takes to put a run together, or are they going to be stuck in the mediocrity of “win a few, lose a few” all season? Unfortunately, this year has been the mirror image of last season. In 2013, it seemed like every time the Red Sox needed a big hit, they got one. Every time they needed a clutch hit, they got one. Every time they needed a big start from a pitcher, or a reliever to step in and put out a fire, that’s what they got. This year, not so much.

My concerns are not with the pitching staff. The starters and the bullpen, while both have had a few bumps, have been strong. Positional players, on the other hand, have struggled with the bat as well as the glove. There have been a few clutch hits, but the number of LOB is staggering. And the defense has been less than stellar.

We can only hope the bats heat up with the weather. I’m confident they WILL make a run and make the playoffs. You?

Previous post Everything You Need to Know About the Red Sox Reaching .500 Can be Summed Up By Dustin Pedroia's Expression