Will The Real Slim Lackey Please Stand Up 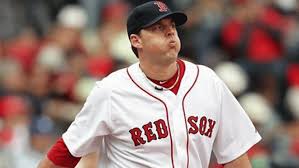 If you listened to any sports talk last week, you would have heard a lot of well-deserved praise for John Lackey. You would have also heard a lot of nonsense. Lackey was hurt in 2012, his struggles had nothing to do with chicken and beer. Lackey is so much better than that a-hole Beckett. Lackey is going to win a lot more games than last year. I can’t wait to hear what these people are saying now.

Lackey gave up six earned runs on four homers yesterday, exiting in the sixth inning. And those home runs were not the cheapies you sometimes see in Yankee Stadium, they were crushed. Just as I didn’t pencil Lackey in for the Cy Young after his first two starts, I’m not ready to give up on him after yesterday. The reality is that he’s somewhere in the middle and that’s good enough to help this team.

What’s not helping the team is the unnatural amount of runners they are leaving on base. I’m too lazy to look up the numbers, but without getting too technical, they suck. Several of their losses might have gone the other way with a couple of timely hits. Remember all those come-from-behind wins and last-at-bat wins last year? Good times.

The final game of this series is tonight at 8:00 with a couple of guys with 9ish ERAs starting. Could be a long one.

Previous post At What Price Victory? (or What Up with Koji?)