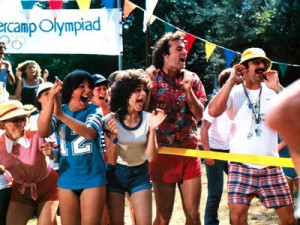 If there’s one thing that really set the 2013 Red Sox team apart, it was the lack of controversy. After the 2012 Bobby Valentine show, it really looked like the guys just put their heads down and did their jobs. No dead grandmothers, no contract BS, no chicken and beer. This season may not go quite that smooth.

Apparently, hijinks have begun. The only man in Boston more critical of the Red Sox than I am, Dan Shaughnessy wrote about it:

It all started after the Sox’ dramatic 6-5 comeback victory over the Orioles late Sunday. ESPN’s decision to televise that game resulted in a 10:41 p.m. finish followed by the traditional 11:09 a.m. first pitch on Marathon Monday.

Why bother going home at all? When you consider drive time, traffic, beefed-up Marathon security, Fenway crowds, and parking hassles, it seemed like it would be easier to just sleep at the ballpark.

So that’s what Buchholz, Napoli, and Lackey did. They bunked at Fenway. They had a mini-team sleepover, just like in high school. We’re not sure if Larry Lucchino left mints on their pillows, but Buchholz, Napoli, and Lackey were definitely first to report for duty at the ballpark Monday morning. These are guys who give “safe at home” a whole new meaning. Golden slumbers in their eyes. Bunk beds.

It’s up to Lackey to right the ship, and that does not inspire any confidence in me.