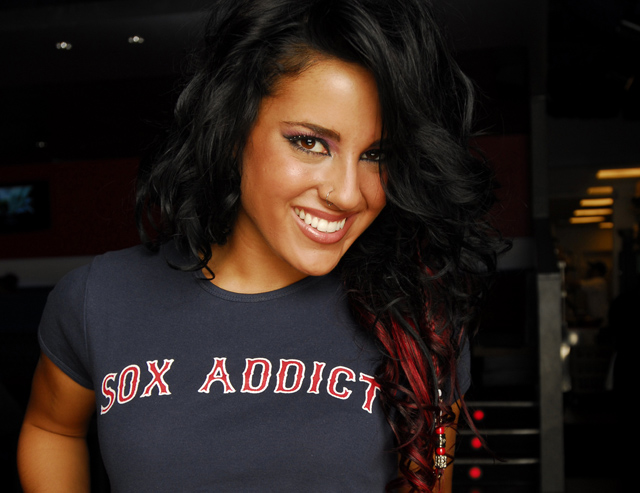 A night after getting pasted by the Yankees, it was good to finally see the Red Sox do some pasting of their own against the Blue Jays. With Middlebrooks back in action and the line-up finally looking close to how it did in the magical 2013 postseason, the Sox belted 16 hits, many of those coming with runners in scoring position! When the dust cleared, every member of the line-up had at least one hit, and it was pretty cathartic to see another team running blindly after line drives for a change.

Among the highlights: Jackie Bradley Jr.’s bat showed signs of revival with a single, double and triple; Ortiz went yard yet again in Toronto–his 33rd career homer at the Rogers Centre, which automatically makes him eligible for Canadian Parliament; Pedroia continued to make the case for leading off with two hits in the top spot; Middlebrooks went 2-for-4 in his return; and even AJ got in on the action with three hits.

At the center of it all, however, was Jake Peavy. I love watching players who get as amped up playing the games as I do watching them (and, bear in mind, I’m almost always drunk while watching sports), and Peavy brings shitloads of angst and fire-breathing to every start. Not to mention the fact that since his arrival, he’s seemed genuinely honored to be here. Last night’s game was arguably his best start in a Red Sox uniform since his complete game against the Dodgers last August. Through seven innings he gave up just five hits, struck out seven, and kept the Jays offense baffled for most of the night.

The Sox D also made a nice showing after stumbling over its own ass during Thursday night’s game. Check this catch by Xander Boagerts, as captured off my TV with a shitty phone, and how he seamlessly delivers it to a young fan in the front row after making the out.

It seems like every time the Sox win a game this season, I’m writing the next day about how “things are turning around” and “we’re back in that 2013 spirit” and “where the f$%k are my pants,” only to be greeted with a loss. This time, I’ll just say that all the signs are positive. And the jovial spirit that defined last year’s team seems to be taking hold, as evidenced by David Ross bombing Middlebrooks’ post game interview. 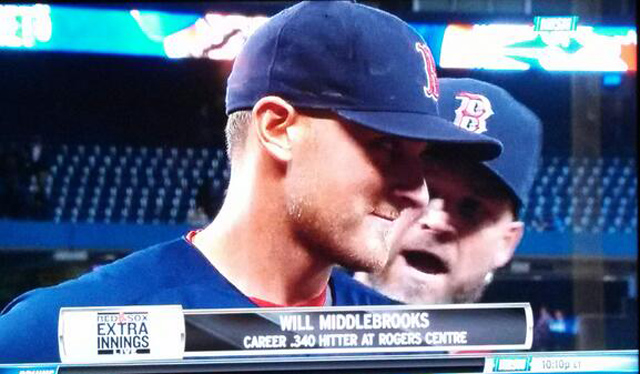 Game two in just a couple hours. I’ll save a beer for you.