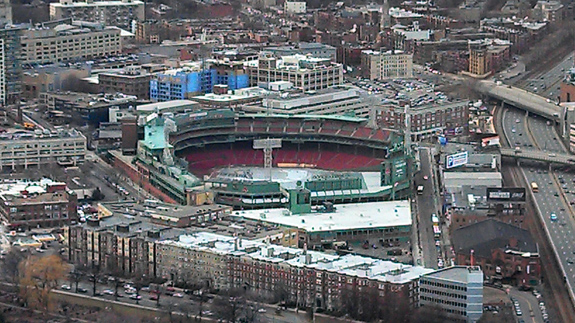 After giving us one of the best Octobers in recent memory and stuffing 2013 with all sorts of awesome, we really can’t blame the Red Sox for raising ticket prices for the 2014 season. It’s the first price increase in three years, and even if most of it is going to cover the beer Jonny Gomes punted into the crowds after game six of the World Series, I’m cool with it.

What I have a hard time understanding, however, is how the team’s new tier-pricing system works.

As it is explained on the Red Sox website, the new tier system makes “tickets to low-profile games as much as $50 less expensive than tickets to high-profile games.”

At face value, that would indicate that you’d pay more for Yankees tickets than, say, when the Brewers come to town. But read a little further, and we discover that “ticket prices will also take into account the time of season and day of the week.” So despite the fact that we open at Fenway against the Brewers, we’ll still have to pay a premium because it’s Opening Day.

When the Rangers come to town a week later, despite the fact that I’d imagine them to be a bigger draw than the Brewers, seats will actually be cheaper than the opening series against Milwaukee.

Not sure how they’ll determine which games against the Orioles will cost more, but it really is a moot point, for me anyway. Because if I see any 2014 tickets, they are most certainly coming from a ticket broker, a scalper, a rich benefactor with a soft-spot for pale bloggers, winnings from 2014 Super Bowl betting or magically falling into my hands after being tossed out the window of a passing blimp. And before you dis the blimp thing, that’s how my aunt and uncle met.

Here’s the complete seating/pricing guide for all tiers. And if you really are looking for Super Bowl XLVIII odds, you can find those, too. Also: blimps!

Next post The Idiots Will Always Own My Heart

Previous post I Love You, John Lackey. So It's Probably Time For You to Go.