Greatest Soundbyte from the ALCS? 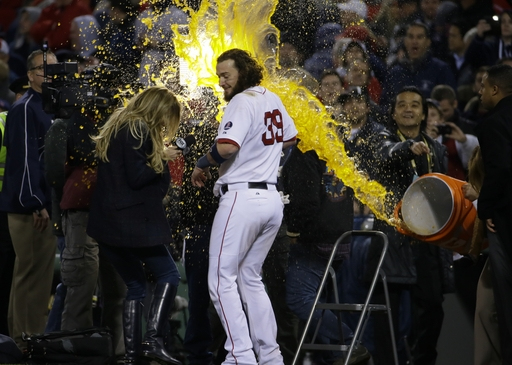 We heard and saw a lot of awesome things during the 2013 ALCS. But the following soundbyte, especially when whittled down and removed from the context of Salty and Erin Andrews having just been doused with Gatorade by Shane Victorino, has a certain poignancy to it.

And, yes, Salty’s response pushes it into the Stratosphere of Awesome.

Xander Bogaerts Learns It’s Tough Out There for a Winner 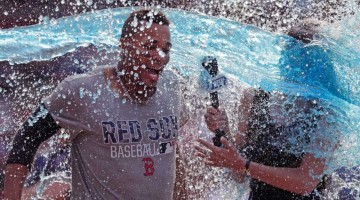 Guerin Austin’s Dress Was the Real Hero of the Game 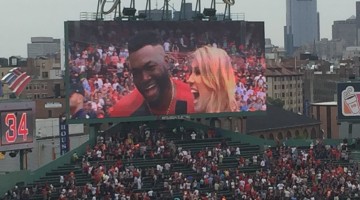 Can Someone Please Get Xander Bogaerts His Gatorade? 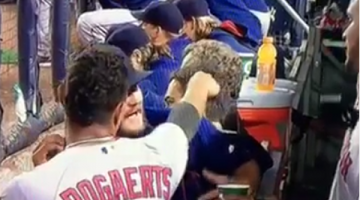